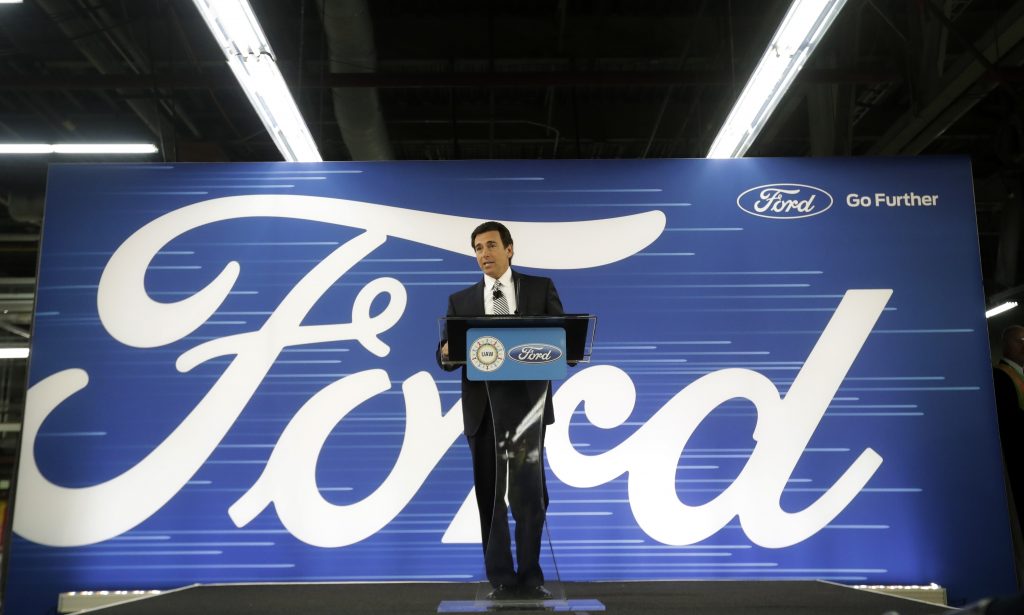 Ford Motor Co. is canceling plans to build a new $1.6 billion factory in Mexico, and will invest at least some of the savings in new electric and autonomous vehicles to be built in the U.S.

The San Luis Potosi, Mexico, plant, which was announced last spring, was the subject of months of contention between the company and president-elect Donald Trump. Ford had planned to move production of its Ford Focus small car to the plant from Michigan.

Ford CEO Mark Fields said the company decided in recent weeks not to build the plant because of declining demand for small cars in the U.S. It will still move production of the Focus to Mexico, but that will go to an existing plant in Hermosillo. The Michigan plant that currently makes the Focus will get new products next year.

Fields said Ford will invest $700 million in the Flat Rock plant to make hybrid, electric and autonomous vehicles. It will also hire around 700 workers. In announcing the Michigan expansion, Fields noted Trump’s promise to make the U.S. more competitive by lowering taxes and easing regulations.

“This is a vote of confidence for president-elect Trump in some and of the policies he may be pursuing,” Fields said at the company’s plant in Flat Rock Tuesday.

Trump has threatened to tax companies that move production to Mexico and ship products back to the U.S. under the North American Free Trade Agreement. Just hours before Ford’s announcement, the president-elect sent out a tweet warning General Motors that imports of versions of the Cruze small car made in Mexico could be hit with a tax.

Among the new vehicles the Flat Rock plant will make is a fully electric SUV that will go 300 miles on a charge. That is due to go on sale in 2020. The plant also will make a hybrid autonomous vehicle that is scheduled to be released in 2021.

Ford also said Tuesday it will release a hybrid version of its best-seller, the F-150 pickup, in 2020.