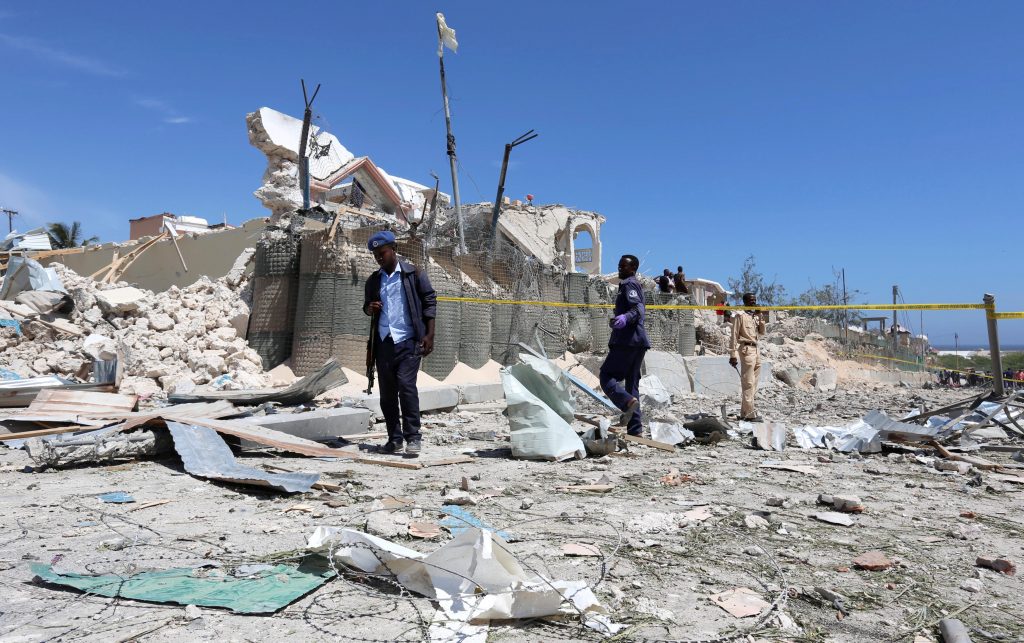 At least three people were killed when a suicide attacker set off a car bomb at a checkpoint outside the main base of an African Union peacekeeping force in the Somali capital on Monday, police said.

Islamist al Shabaab terrorists, who want to topple the Western-backed government, have carried out similar attacks in the past.

“So far we know three of the security forces died. We believe al Shabaab is behind the attack,” Mohamed Ahmed, a police officer, told Reuters.

He said the death toll was likely to go up because the bomb was powerful and it had caused damage even to nearby residential buildings.

A Reuters photographer at the scene saw the burnt-out shell of the bomber’s car and another vehicle nearby on fire.

Nearly 300 members of Somalia’s federal parliament were sworn in last week and they are expected to pick a new president.