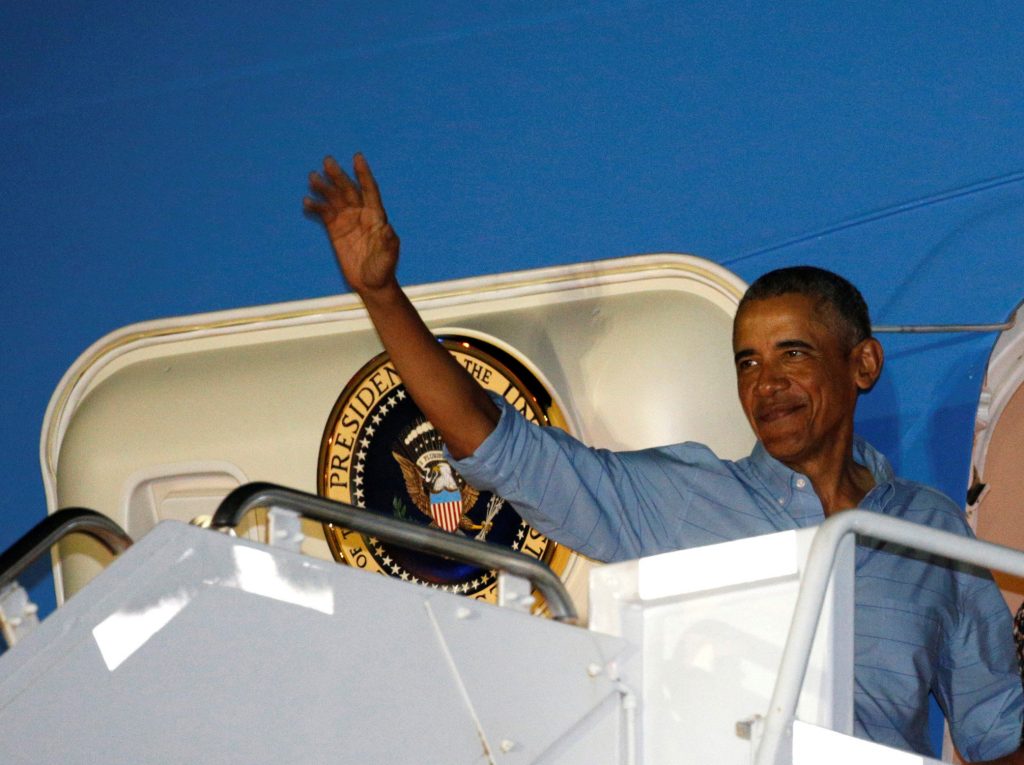 President Barack Obama will deliver a farewell address on Jan. 10 to reflect on his time in office and say thank you to his supporters, he said in an e-mail statement released on Monday.

Obama, noting that the first president of the United States, George Washington, had penned a farewell address in 1796, said he would deliver his speech in his hometown of Chicago.

“I’m thinking about [the remarks] as a chance to say thank you for this amazing journey, to celebrate the ways you’ve changed this country for the better these past eight years, and to offer some thoughts on where we all go from here,” he said.

Donald Trump will be sworn into office on Jan. 20. During his campaign for the White House, Trump pledged to undo many of Obama’s signature policy measures, including his health-care law.

Obama, who campaigned hard for Trump’s Democratic opponent Hillary Clinton, has sought to ensure a smooth transition of power despite major policy differences with his successor. He also leaves his party without a clear figurehead as he leaves the White House.

“Since 2009, we’ve faced our fair share of challenges, and come through them stronger,”Obama said in the e-mail, likely foreshadowing a theme for his speech.

“That’s because we have never let go of a belief that has guided us ever since our founding – our conviction that, together, we can change this country for the better.”