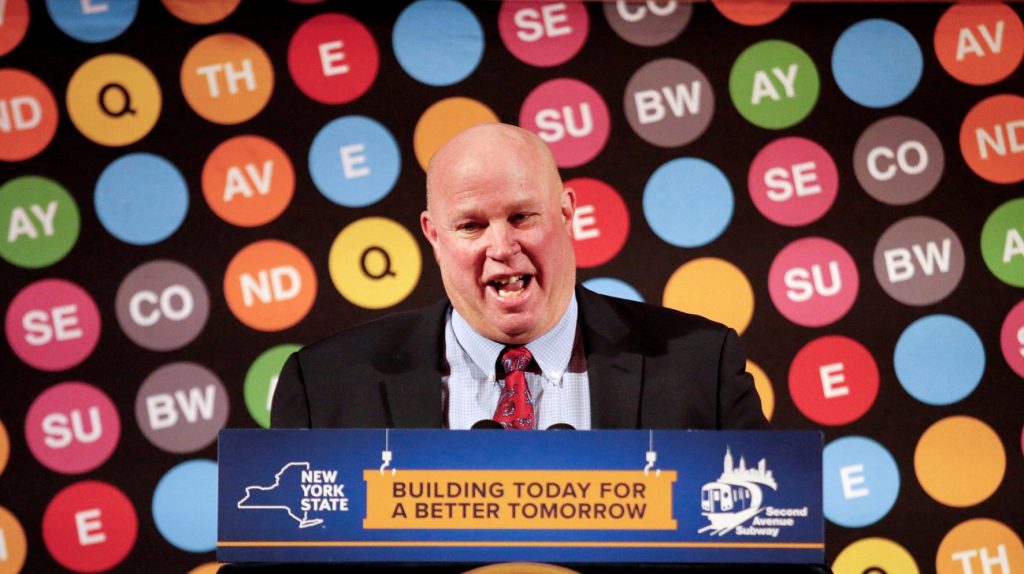 The head of the agency that runs New York City’s transit system announced his retirement Monday, a day after a long-awaited new subway line opened.

Thomas Prendergast, the chairman and CEO of the Metropolitan Transportation Authority, will retire early this year, Gov. Andrew Cuomo said.

“Tom Prendergast has overseen the reimagining and modernization of the MTA and will be remembered for improving the commute, and the lives, of millions of New Yorkers who depend on our mass transit system,” Cuomo said.

The Democratic governor did not say who would succeed Prendergast but added that he had initially planned on leaving the post a year ago for personal reasons but extended it to finish the subway.

Prendergast has been the MTA’s chairman and CEO since 2013. The agency runs subways, buses, commuter railroads, bridges and tunnels in New York City and the surrounding areas.

During his chairmanship, the agency has grappled with repairing damage from Superstorm Sandy in 2012 while wrapping up major new projects.

The first portion of the Second Avenue subway line began carrying the public Sunday under Manhattan’s Upper East Side. The line had been envisioned since the 1920s.

Last year saw the opening on Manhattan’s far West Side of the city’s first new subway station since 1989.

“Opening the Second Avenue Subway this weekend was a crowning achievement for the MTA and I’m proud to have been a part of such a historic moment,” Prendergast said. “It has not only changed the daily commute for hundreds of thousands of customers, it has helped change the face of the MTA — showing the public we can meet the deadlines we set for ourselves.”