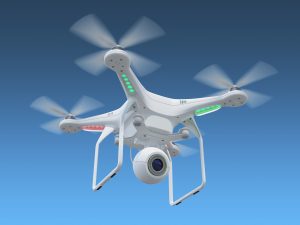 Startling evidence that the European Union has been spying on Jewish communities in Yehudah and Shomron came to light Monday when a surveillance drone crashed on Mount Chevron, according to local media reports.

Nearby residents from the town of Maon in Yehudah retrieved the drone and took it to the Regavim Movement for Preservation of State Lands, where it was identified as having been sent by the European Union.

Footage obtained from the device included images of IDF bases, antennas and other surveillance targets. The last images show it flying low over residents before crashing next to a car.

Regavim accused the EU of conducting an espionage program against the Jewish communities of Yehudah and Shomron.

“What started as illegal construction continues and now is harmful to [our] security,” said Oved Arad of Regavim. “For years the European Union was involved in illegal [Arab] construction in Yehudah and Shomron. Now it turns out that EU officials, together with the Palestinians, are even documenting Israeli communities and sensitive locations in Yehudah and Shomron. The Foreign Ministry must respond strongly and unequivocally against this activity, which crosses a red line and is very dangerous.”