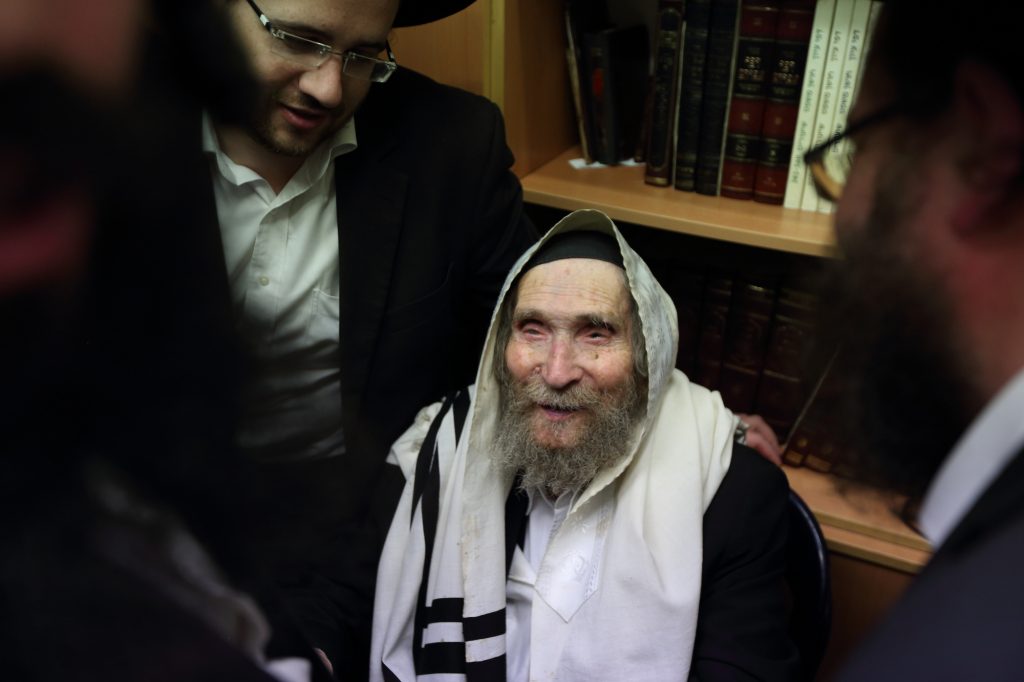 As tefillos continued across the Jewish world on behalf of Hagaon Harav Aharon Leib Steinman, shlita, the spokesman from Mayanei Hayeshuah Hospital in Bnei Brak reported Monday morning that b’chasdei Shamayim there was a continued improvement in the condition of the Rosh Yeshivah, carrying on from Sunday.

Harav Steinman, shlita, has been hospitalized in the intensive-care unit of Mayanei HaYeshua Hospital in Bnei Brak since last Sunday, with a slight bout of pneumonia.

On Sunday night, after the Rosh Yeshivah was in a little better condition, Hagaon Harav Chaim Kanievsky, shlita, paid a visit in hospital. Harav Kanievsky blessed Harav Steinman with a refuah sheleimah.