Israel Bill to Annex Maaleh Adumim in the Works
Israel 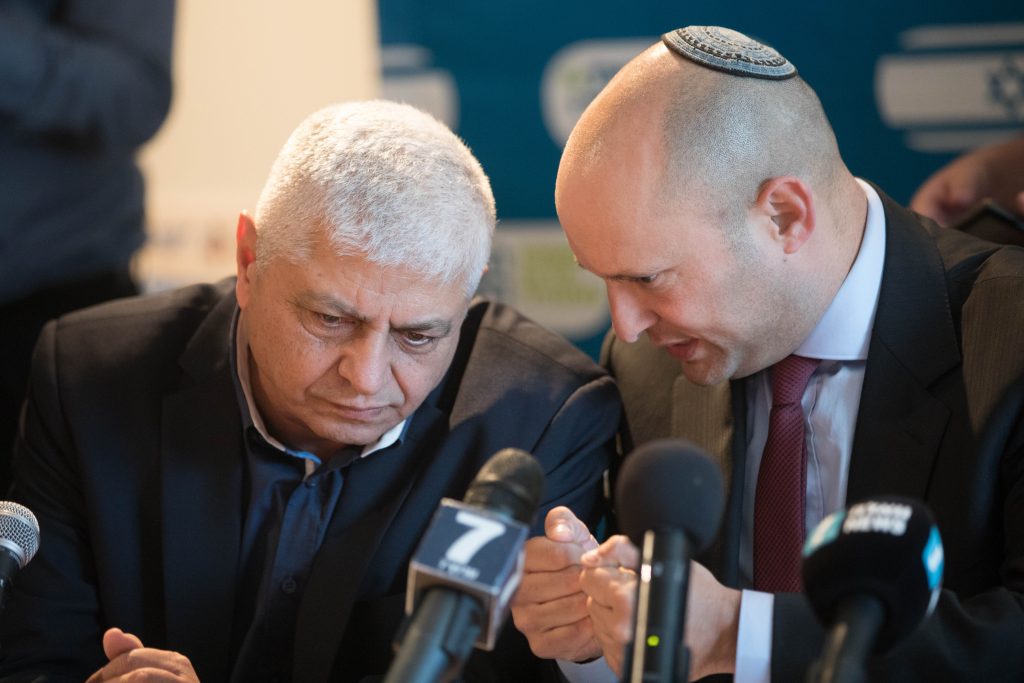 The Jewish Home party is finally putting its annexation rhetoric into writing.

After months of calling for annexation of Jewish population blocs in Yehudah and Shomron, party chairman and Education Minister Naftali Bennett announced in Maaleh Adumim on Monday that legislation to extend Israel’s sovereignty over the city will be proposed in the coming days. Maaleh Adumim is seen as only the first step toward annexing all of Area C in Yehudah and Shomron.

“Citizens of Israel have paid in no end of victims, and no end of denunciations for this messianic policy of a Palestinian state,” said Bennett.
“We have to stop marching towards the unjust path of a Palestinian state and to impose Israeli law on Maaleh Adumim, the Jordan Valley, Ofra, Ariel, and all of Area C as soon as possible. This is how we win.

“Before the end of January, we, together with all the coalition parties, will propose a bill for the imposition of Israeli law on Maaleh Adumim,” Bennett said. “I expect all members of the government to support the bill.”

However, it is clear that support for the controversial measure is far from unanimous within the coalition; in particular, Prime Minister Binyamin Netanyahu has not endorsed it.

Housing and Construction Minister Yoav Galant (Kulanu) also came out against it in a radio interview on Thursday. “I don’t think it will come to that and not to anything else,” Galant said. “I think we should be more moderate than thinking we can do ‘cut and paste.’”

Undeterred by a split coalition, supporters of annexation were slated to participate in a discussion in a special session of the Knesset Law Committee on Monday, to be attended by Maaleh Adumim Mayor Benny Kasriel and the heads of the Knesset Land of Israel lobby, MK’s Yoav Kish (Likud) and Bezalel Smotrich (Jewish Home).