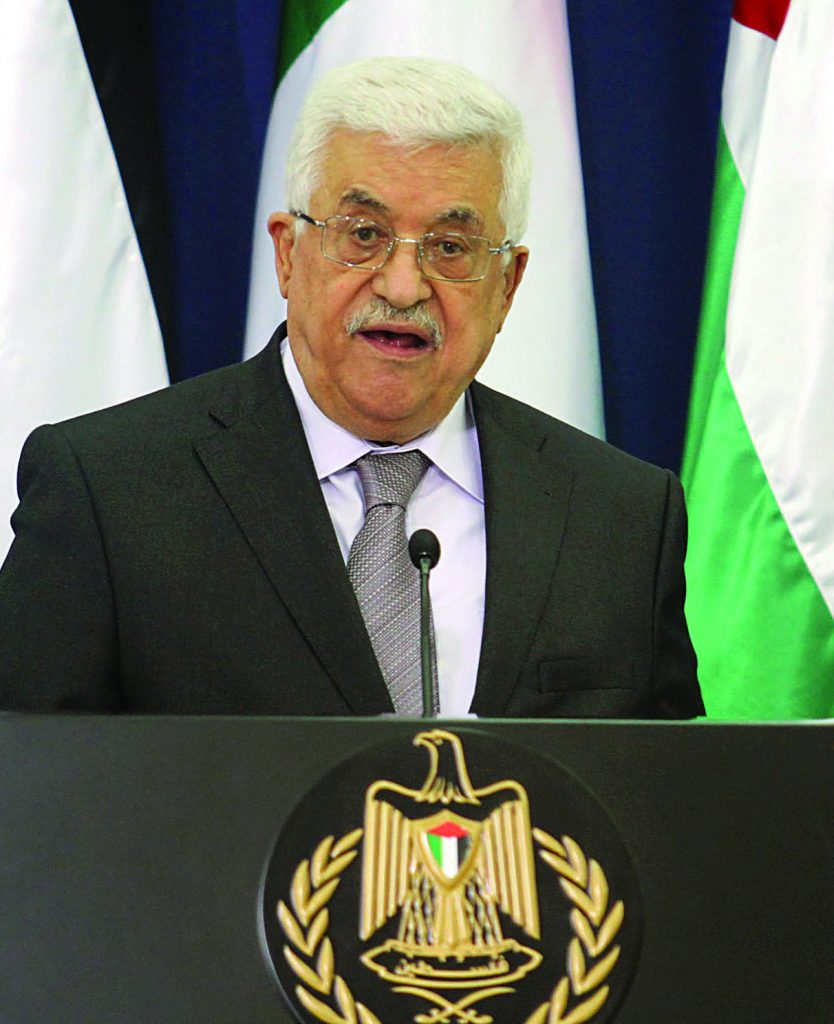 Palestinian Authority President Mahmoud Abbas says he is willing to work with President-elect Donald Trump to reach a two-state solution to the conflict with Israel.

He said “We want to emphasize our willingness to work with the newly-elected American administration… to achieve peace… based on a two-state solution.”

But Abbas realizes that the Obama years are over and that Trump will likely take a much more pro-Israeli stance, and he has been preparing accordingly.

After a pair of diplomatic victories—the U.N. vote and the Kerry speech—the Palestinians are now setting their sights on a Mideast peace conference in France next month in a bid to rally support as they prepare for the uncertainty of the Trump administration.

The Palestinians are hopeful that a strong international endorsement in Paris will insulate them from what they fear will be a close alliance between President-elect Donald Trump and Israeli Prime Minister Binyamin Netanyahu.

Palestinian officials say they are now counting on the French-hosted Mideast peace conference to set clear terms of reference for any future negotiations with Israel. Some seventy nations are expected to attend, although Israel and the Palestinians will not be among them.

“The tools we have now are Security Council Resolution 2334, the Kerry speech and the Paris conference,” said Husam Zumlot, a senior adviser to Palestinian President Mahmoud Abbas. He said the Palestinians would seek to make the resolution “a base for any political initiative.”

In the meantime, the Palestinians say they are pressing forward with an outreach program to the Israeli public in hopes of rallying support for moderates who oppose the policies of Netanyahu’s nationalist government.

On Thursday, Abbas hosted a group of thirteen officials from the Israeli opposition Zionist Camp party. Another group of Israeli leaders is expected on Jan. 5.