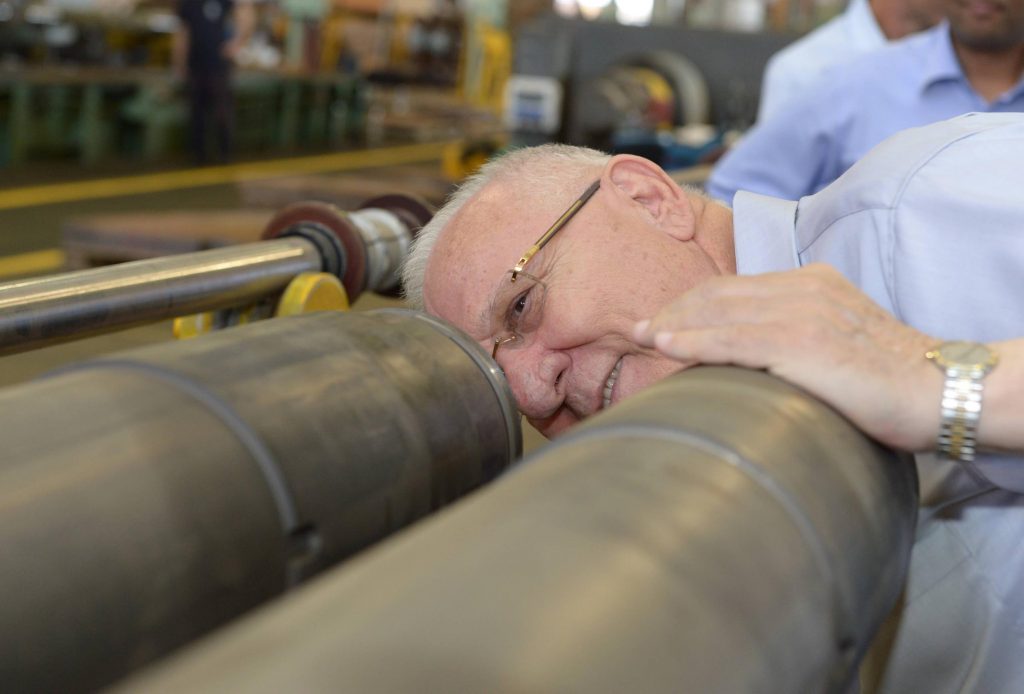 The IDF announced on Sunday, a multi-year agreement signed with Israel Military Industries (IMI) to supply the artillery and infantry corps with precision rockets, missiles and shells.

The contract calls for IMI to provide 250 million shekels a year in ammunition until 2025, at a total value estimated at 1.75 billion shekels.

Production and Procurement Directorate head Brigadier-General (res.) Shmuel Zucker said, “The agreement guarantees ammunition inventory for IDF field units for a decade ahead, and on the other hand will provide jobs for thousands of workers, while supporting the transfer of the company’s plants to the Negev and making it possible to construct thousands of housing units in central Israel.” Zucker was referring to the vacating of expensive land in Ramat Hasharon occupied by IMI, which will allow residential construction there.

The Ministry of Defense said that the large-scale procurement will enable the IDF to renew its inventory, following Operation Protective Edge more than two years ago, and will support the training plan for over the coming decade.

Neither IMI nor the Ministry of Defense would disclose details concerning the types of ammunition to be provided according to the agreement. However, defense sources said that the package would include such weapons as the Kidon Kasoum (Magic Spear) and Romach guided rockets, which make possible accurate strikes against targets located in the heart of urban territory at a range of 3-20 miles. Another, heavier, rocket is the EXTRA, designed to hit targets at a range of 120 miles.