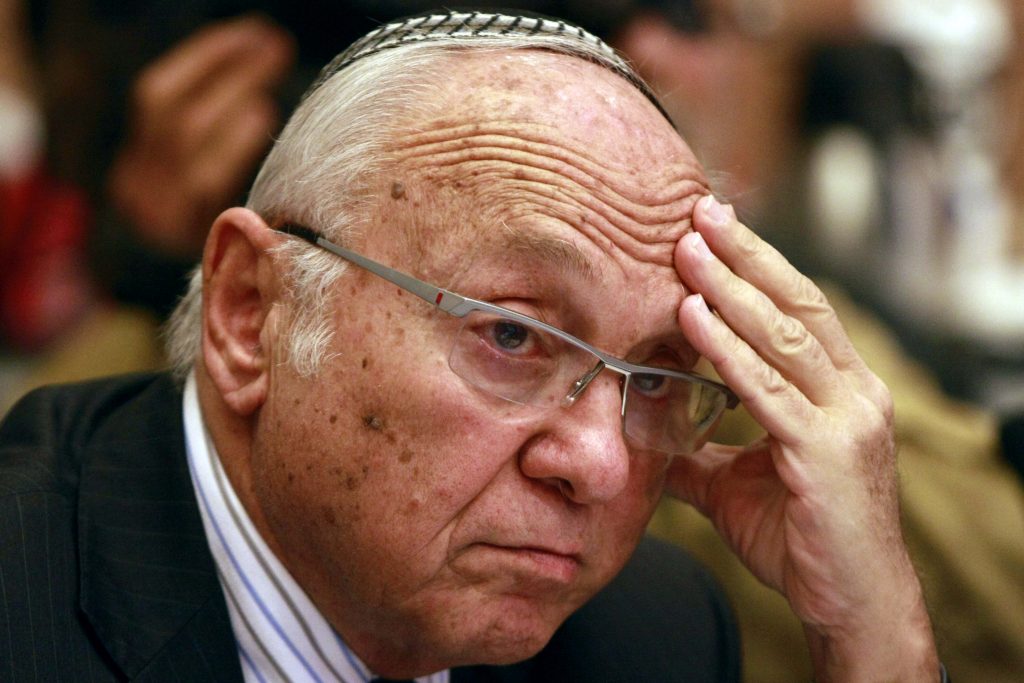 Former Israeli Justice Minister Yaakov Neeman z”l passed away on Sunday at the age of 77.

A lawyer by training, Neeman began his career of public service as a senior official in Likud governments of Menachem Begin in the 1970s.

Neeman was appointed by Begin as Finance Ministry Director General in 1979. He later served terms as Justice Minister and Finance Minister during the first Netanyahu government beginning in 1996.

Due to allegations of impropriety, Neeman was forced to resign from his first term as Justice minister, though he was subsequently cleared of any suspicion of wrongdoing.

He returned as Justice Minister during Netanyahu’s second term, from 2009-2013.

Upon the news of his death on Sunday, Prime Minister Binyamin Netanyahu described Neeman as “one of the top legal experts in the country, sharp of mind and with a warm Jewish heart.”

Born in 1939 to a national-religious family, Neeman earned law degrees from Hebrew University and NYU.

He is survived by his wife and their six children.