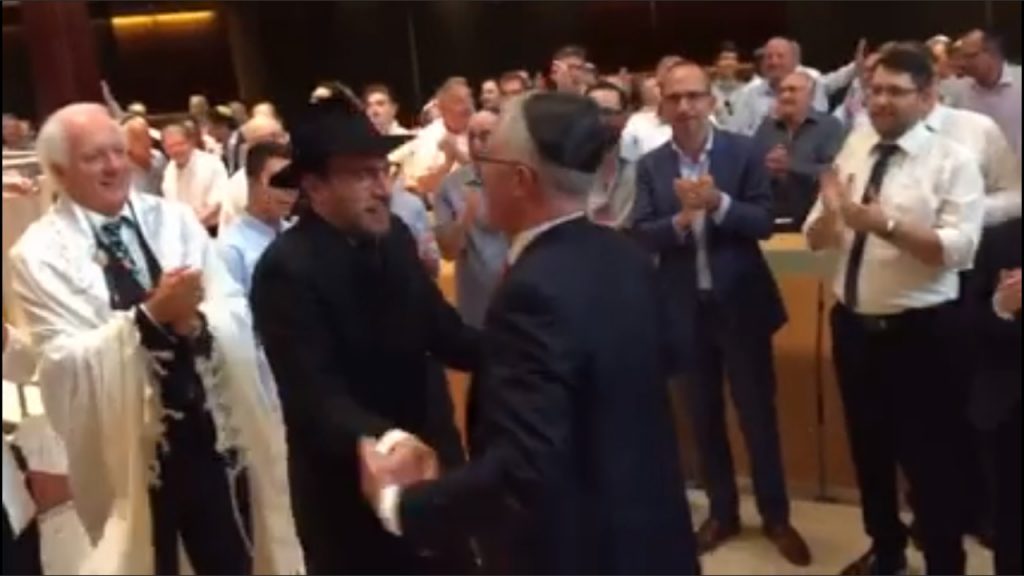 Turnbull made the remarks at Central Synagogue in Sydney on Friday, where he took part in a menorah lighting, as reported by The Australian Jewish News.

Standing alongside Rabbi Levi Wolff, Rabbi of the shul, Turnbull said, “Australia stands with Israel. We support Israel, the only democracy in the Middle East.”

Describing the resolution as “deeply unsettling for our community,” he added that while “[Australia] supports a two-state solution just as the government of Israel does, it can only be negotiated between the parties.

Turnbull said Australia believes such resolutions “are not conducive to the successful conclusion of negotiations, which we urge the parties to undertake.”

“We urge the parties to ensure that everything they do is conducive to that outcome,” he added.

Ultimately, according to Turnbull, “these issues can only be resolved by the State of Israel and the Palestinian community.”

“That is where the solution lies, when and where it is to be found,” he said.

Turnbull added, “We support Israel in its efforts to achieve that solution. Above all, we stand shoulder to shoulder with Israel in the fight against terrorists.”

Later, Turnbull wrote on his social media page that “as the candles of Chanukah are lit each night we are reminded of the enduring resilience and courage of the Jewish people in the face of the darkest adversity.

“Australia would not be the remarkable nation it is, the most successful multicultural society in the world, without the extraordinary contribution of the Jewish community.”