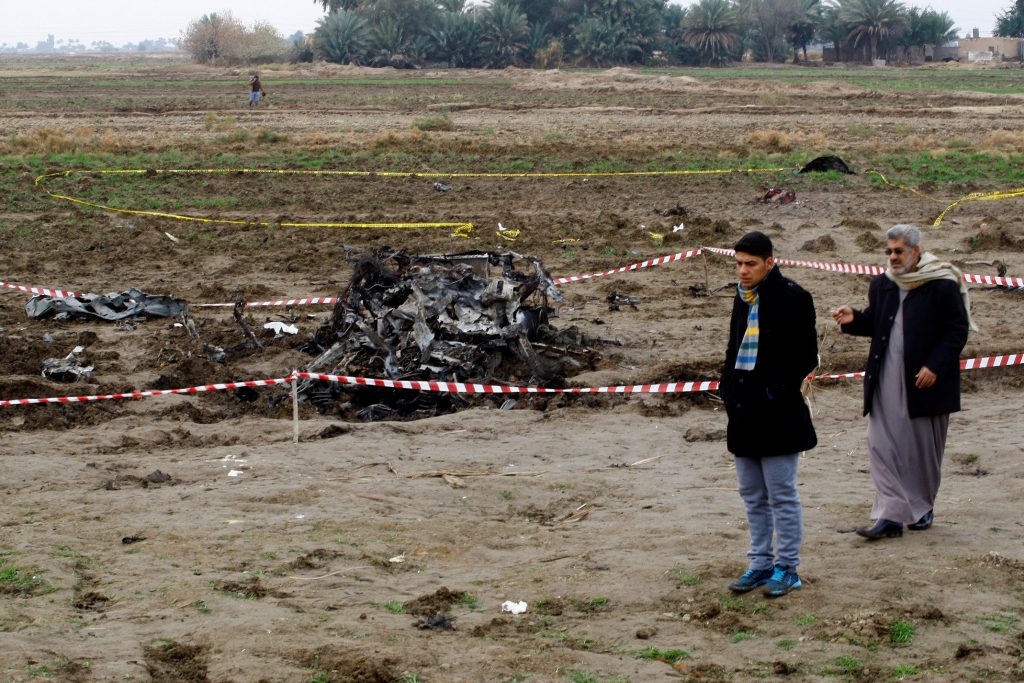 The terrorists were travelling through the desert in two vehicles around al-Qadisiya town west of Najaf. When police stopped the first vehicle for inspection, the driver detonated an explosive load. The second vehicle fled and was stopped by police who killed the two terrorists inside.

Islamic State claimed responsibility for the attack in a statement distributed online by supporters. It said four gunmen had opened fire before detonating explosive vests and then a fifth terrorist launched a suicide car bomb.

It was not immediately possible to reconcile those accounts.

Najaf, 100 miles south of Baghdad, is far from the latest battle between Islamic State and Iraq’s military in the northern city of Mosul. The ultra-hardline Sunni group has never controlled territory in southern Iraq but has managed to launch occasional attacks in the area, which is predominately Shiite.

The recapture of Mosul would probably spell the end for Islamic State’s self-styled caliphate, but the terrorists would still be capable of fighting a guerrilla-style insurgency in Iraq and plotting or inspiring attacks on the West.

Since the U.S.-backed offensive began on Oct. 17, elite forces have retaken a quarter of Mosul in the biggest ground operation in Iraq since the 2003 U.S.-led invasion that toppled Saddam Hussein. Prime Minister Haider al-Abadi has said the group would be driven out of the country by April.

The second phase of the campaign launched on Thursday following weeks of deadlock has pushed Islamic State out of several more areas despite fierce resistance.