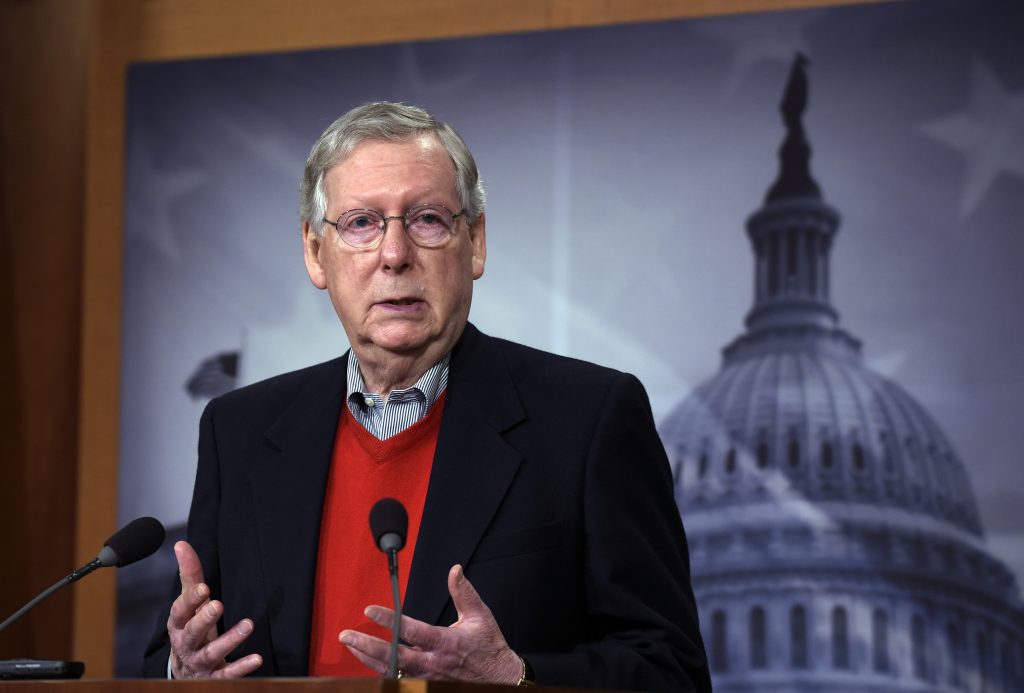 Mitch McConnell will be Washington’s most important player in 2017. Not President Donald Trump or House Speaker Paul Ryan or the lobbyists or the big money donors.

McConnell is the Senate majority leader, the man charged with building consensus among 52 Republicans with their own differing agendas and constituents. All it takes to trigger gridlock is for three Republicans to join the 48 Democrats, and Cabinet nominees will be blocked, Trump initiatives will stall and Washington’s reputation for ineptness will persist.

McConnell, R-Ky., has long been a master of solutions, of knowing when to be defiant and when to be compliant. “He’s a head counter,” said Tripp Baird, who was floor assistant for Senate Majority Leader Trent Lott, R-Miss.

When the 115th Congress begins Jan. 3, Republicans will control both the legislative and executive branches of government for the first time in 10 years. They will have a 241 to 194 majority in the House.

“We have an opportunity to do big things and tackle some that are not traditional,” said Rep. Mark Walker, R-N.C., who will chair the House’s Republican Study Committee, its influential conservative caucus.

Before Congress digs into overhauling the tax code, the Affordable Care Act or immigration, the Senate faces confirmation hearings and votes on Trump nominees.

McConnell wants to approve as many as possible by the time Trump takes office, as the Senate usually does, but the path to 51 votes is loaded with political dynamite. Civil rights activists are upset with Attorney General-designate Jeff Sessions. Consumer interests worry about Treasury-designate Steven Mnuchin’s Wall Street ties. Obamacare advocates shudder at the prospect of Obamacare repeal enthusiast Rep. Tom Price, R-Ga., the nominee for health and human services secretary.

And most ominously, there’s Russia.

Trump has expressed approval toward Russia. McConnell told reporters this month, “Russia is no friend of ours.”

In response to President Barack Obama’s sanctions against Russia over the election-related hacking, Trump said Thursday: “It’s time for our country to move on to bigger and better things.” McConnell will have the Senate Intelligence Committee look into the reports.

Concern over Russia could spark the biggest early test of the Senate-Trump relationship. Secretary of State-designate Rex Tillerson, who has close ties to Russia and President Vladimir Putin, faces an unpredictable confirmation hearing.

“Based upon his extensive business dealings with the Putin government and his previous opposition of efforts to impose sanctions on the Russian government, there are many questions which must be answered,” Graham said.

Winning approval for budget matters is not expected to be difficult in the House, where rules allow Republicans to more easily cut off debate and limit amendments.

The Senate is a different matter. Most policy changes require 60 votes to cut off debate, and the political pressure has a different hue. While all 435 House members are up for re-election in 2018, the middle of Trump’s term, two-thirds of the senators don’t face voters again for at least four years.

They can be less tethered to party orthodoxy and to Trump. It means McConnell will have to work at times independently of Trump to find majorities.

“It’s going to be a complicated relationship,” said Darrell West, vice president and director of governance studies at Washington’s Brookings Institution, a research group, of McConnell and Trump.

McConnell says he agrees with Trump on far more than he opposes.

He finds Trump’s nominees “pretty impressive.” He’s all for repealing key parts of Obamacare and says the Senate will take up a tax overhaul.

He likes Trump’s proposal to improve infrastructure, but won’t commit to any precise approach. “I’m interested in seeing what the administration is going to recommend,” McConnell said. His wife, Elaine Chao, is Trump’s nominee for transportation secretary.

McConnell has staked his own ground on some matters. Trump wants a wall between the U.S. and Mexico. McConnell won’t go that far. “I want to try to achieve border security in whatever way is the most effective,” he says.

The president-elect has questioned whether the U.S. should continue in NATO. No, says McConnell. “I will say for myself the NATO alliance is every bit as important today as it ever was,” he says.

Translation: The Senate, as it traditionally does, will move at its own pace.

The day after Trump won the election, McConnell offered a subtle declaration of independence. “I think in a day when people were voting for change,” he said, “they didn’t decide they wanted to change the Republican Senate.”