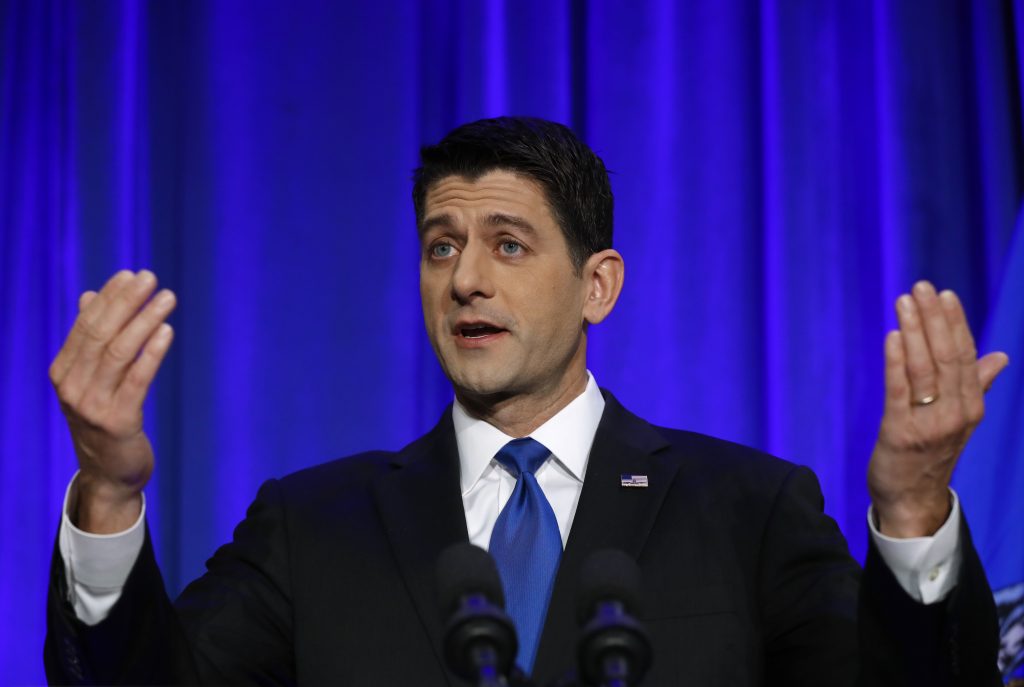 President Barack Obama’s administration’s move to name and sanction more Russians it accused of hacking Democratic campaign organizations had been previewed for days in leaks to reporters. But as they issued statements and appeared on news shows Thursday, Republicans offered a wide range of responses, from praise for the administration to praise for the hackers for revealing the inner workings of the Hillary Clinton campaign.

Many Republicans limned their praise for the sanctions with criticism of the Obama-era foreign policy. “While today’s action by the administration is overdue,” said House Speaker Paul Ryan, “it is an appropriate way to end eight years of failed policy with Russia.”

Rep. Devin Nunes, R-Calif., the chairman of the House Intelligence Committee, said in a statement that he had urged action “for years” and did not give Obama credit for acting in the last weeks of his administration. “This kind of indecision and delay helps to explain why now, at the end of Obama’s eight-year presidency, America’s influence has collapsed among both our allies and our enemies,” he said.

Some back-bench Republicans refrained from criticizing Russia at all. Rep. Trent Franks, R-Ariz., a conservative from a deep red district, said on MSNBC that it was important to note that no one accused Russia of hacking the election itself. [Some misleading headlines have given that impression, and polling has shown nearly half of Clinton voters willing to believe in such a hack.]

“The bottom line is, if they succeeded, if Russia succeeded in giving the American people information that was accurate, then they merely did what the media should have done,” said Franks.

Rep. Ted Yoho, R-Fla., a member of the House Foreign Relations Committee, said on CNN that he was “not thoroughly convinced” that Russia had been behind the hack. The immediate problem, he suggested, was that president-elect Donald Trump, who has called for the media to move on from the Russia story, had not been consulted.

“There’s going to be unintended consequences that the next president is going to have to deal with,” said Yoho.

In another CNN interview, incoming White House spokesman Sean Spicer, who has also thrown doubt on the Russia link, asked host Jake Tapper why Democrats were not receiving more blame for allowing key accounts and servers to be breached.

“Nobody by any way or shape is suggesting that that’s acceptable behavior,” said Spicer. “But I don’t believe once I’ve ever seen an interview where anyone at the DNC was ever asked a question about whether they take any responsibility for what clearly appears to be a lax effort on them to protect their own networks.”

For both Spicer and Ryan, the Russia question came with an added level of irony. In 2012, Spicer was the Republican National Committee’s spokesman, and Ryan was the party’s nominee for vice president, when President Obama made fun of presidential nominee Mitt Romney’s description of Russia as America’s greatest global rival. “You don’t call Russia our number-one enemy – not al-Qaida, Russia – unless you’re still stuck in a Cold War mind warp,” Obama said at the 2012 Democratic National Convention.

By 2014, as Russia made aggressive territorial moves inside Ukraine, Republicans were noting with some bitterness how dismissive Obama had been. Today, even the Republicans most critical of Russia suggested that the Obama administration could have acted earlier.

“The retaliatory measures announced by the Obama Administration today are long overdue,” said Sen. John McCain, R-Ariz., and Sen. Lindsey Graham, R-S.C., in a joint statement. “But ultimately, they are a small price for Russia to pay for its brazen attack on American democracy. We intend to lead the effort in the new Congress to impose stronger sanctions on Russia.”