National Trump on Alleged Russian Election Interference: ‘Get On With Our Lives’
National 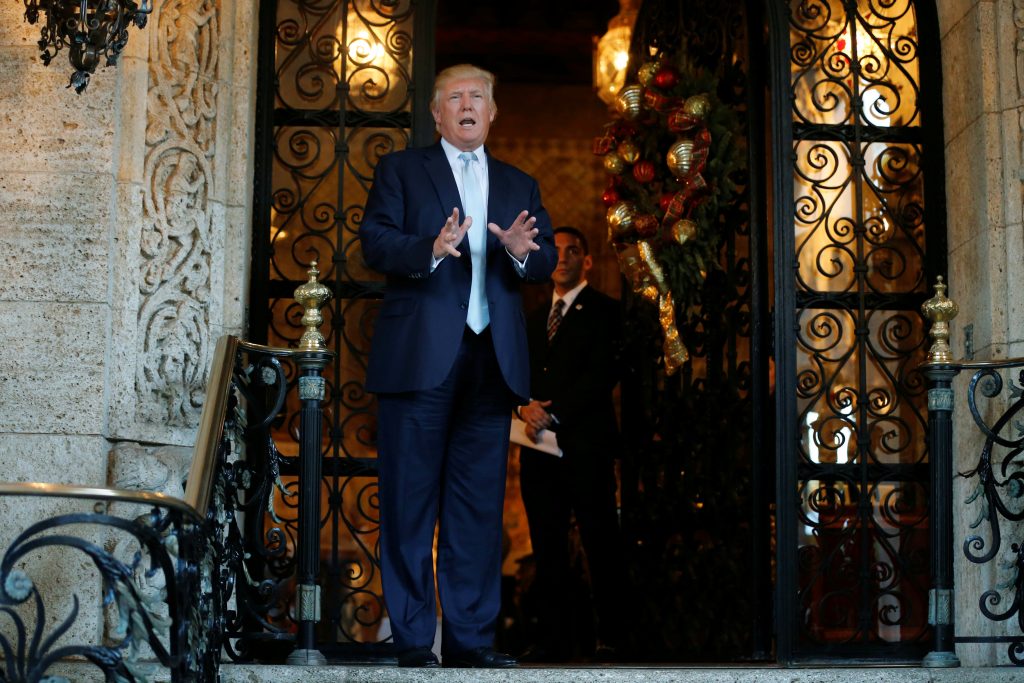 President-elect Donald Trump distanced himself Wednesday night from President Barack Obama’s administration’s plans to punish Russia for its alleged interference in the 2016 presidential election, telling reporters, “I think we ought to get on with our lives.”

Trump, appearing at his Mar-A-Lago estate in Palm Beach, Florida, was asked what he thought about the Obama administration’s plans to sanction Russia for what U.S. intelligence officials say was state-sanctioned hacking of Democratic organizations, targeting of state election systems and meddling in the U.S. presidential election.

“I think we ought to get on with our lives,” Trump said in response. “I think that computers have complicated lives very greatly. The whole age of computer has made it where nobody knows exactly what’s going on. We have speed, we have a lot of other things, but I’m not sure we have the kind of security we need.”

“I don’t know what he’s doing,” Trump said of Graham. “I haven’t spoken to him. As you know, he ran against me.”

Trump, whom critics have accused of being too cozy with Putin, was referring to Graham’s failed 2016 bid for the Republican presidential nomination.

Trump made his comments to reporters outside an event at his estate.

During the election, several Democratic e-mail accounts were hacked, including those of the Democratic National Committee and of John Podesta, the chairman of Democratic nominee Hillary Clinton’s campaign.

U.S. officials have pinned the blame on the Russian government – a finding that Trump has repeatedly said he views skeptically.

Administration officials are pushing Obama to respond before leaving office.

Trump also downplayed questions that have swirled around him about how he will extract himself from his global business interests upon taking office. The president-elect postponed a new conference on that subject this month, which he said Wednesday will now be held early next month.

“It’s a very routine thing,” Trump said. “It’s not a big deal. You people are making that a big deal, the business. … When I won, they all knew I had a big business all over the place. … It’s a much bigger business than anybody thought. It’s a great business, but I’m going to have nothing to do with it.”

Trump said he was prepared to act more boldly than required by law because “I want to focus on the country.”

“I think that’s going to work out very easily,” he said. “It’s actually a very simple situation. It’s not a big deal.”