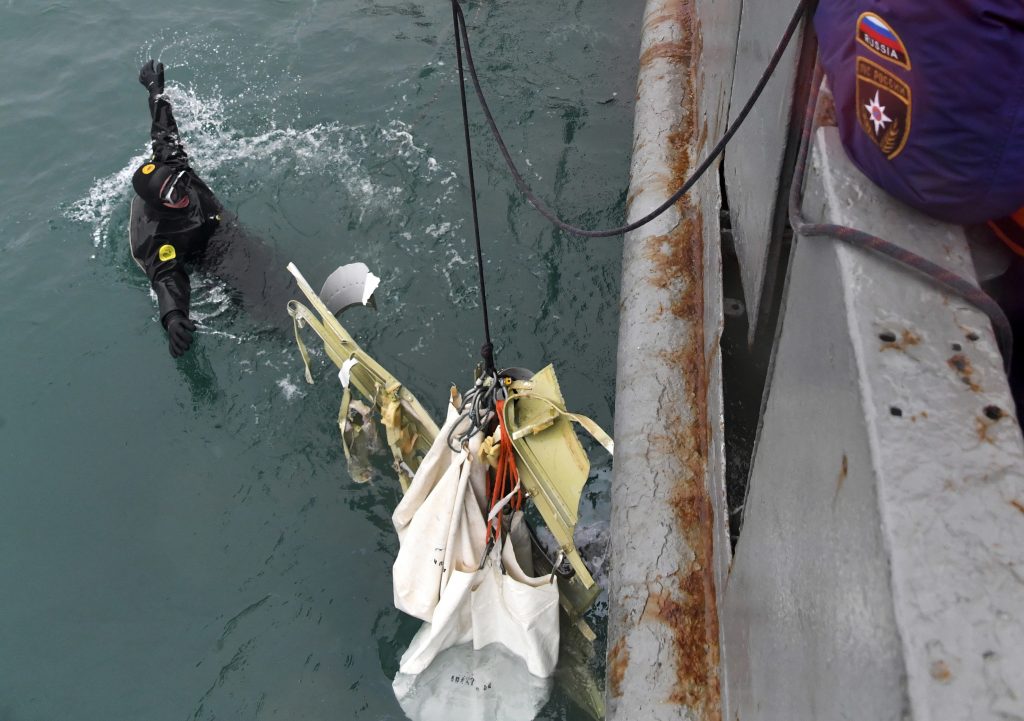 Russian authorities investigating the crash of a military plane that killed 92 people said on Thursday there was no explosion on board but they had not ruled out a “terrorist act” as the cause.

The Defense Ministry Tupolev-154 was flying to Syria with dozens of Red Army Choir singers and dancers on board when it plunged into the Black Sea shortly after take-off from Sochi in southern Russia on Sunday.

Investigators have said pilot error or a technical fault were among the most likely causes of the disaster.

“The was no explosion on board,” said Sergei Bainetov, the Russian Air Force’s head of flight safety who is serving on a government commission investigating the crash.

“But this isn’t the only type of terrorist act … It could have been any type of mechanical impact, so we don’t rule out a terrorist act,” he told a news conference.

Bainetov said the commission was investigating around seven theories that included poor quality fuel causing engine failure and a bird getting caught up in the engines.

“There is no leading theory,” he said.

Transport Minister Maxim Sokolov told the news conference that a terrorist act was not among the main theories being considered but Bainetov’s comments were the clearest indication so far that it was a possibility.

Bainetov said it would take at least 10 days to decipher the aircraft’s main flight recorder, which was flown to Moscow on Wednesday. He said there would be no final conclusions on the cause of the crash for at least 30 days.

Bainetov said use of the Tu-154, an ageing Soviet-era design still actively used by Russian government ministries but not by major Russian commercial airlines, would not be phased out following the crash.

Russian news agencies earlier reported citing sources that Russia had temporarily grounded all Tu-154 planes until it identified the causes of the crash into the Black Sea.

Search and rescue teams have been scouring a stretch of water roughly 1 mile from Sochi.

Sokolov said they had so far recovered 19 bodies, 230 body fragments and nearly 2,000 pieces of debris from the aircraft.