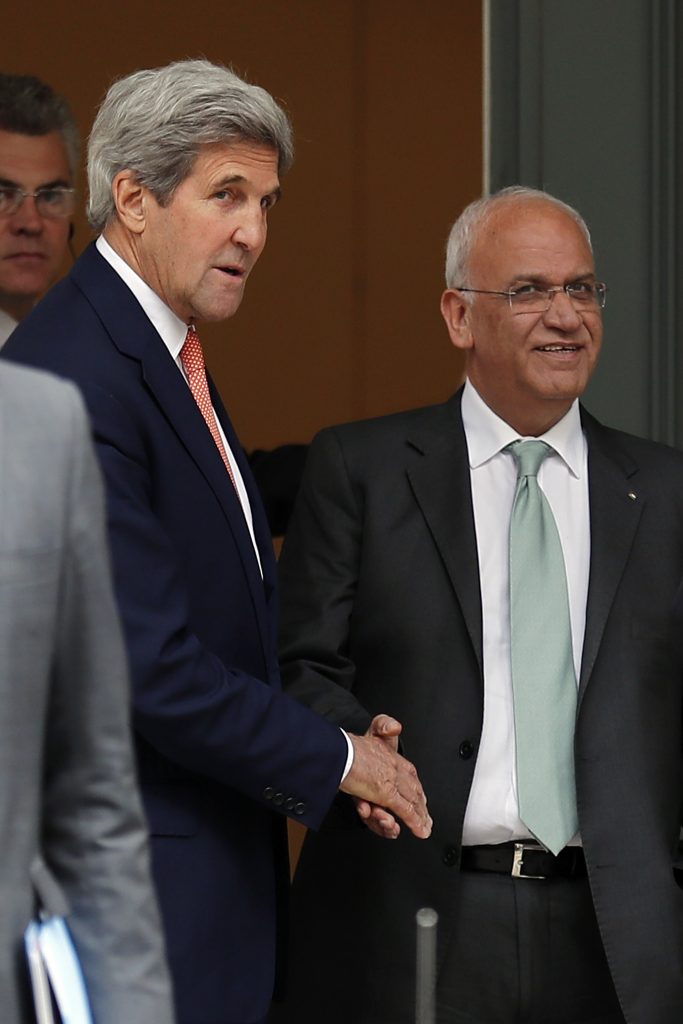 The White House on Wednesday repeated its denial of having colluded with the Palestinians in the U.N. Security Council Resolution condemning Israeli expansion in Yehudah and Shomron and eastern Yerushalayim, and specifically rejected leaked transcripts of a meeting between senior U.S. and Palestinian officials as a “total fabrication.”

According to the report in the Egyptian Al-Youm Al-Sabea, a meeting took place earlier this month between Secretary of State John Kerry, national security adviser Susan Rice and chief Palestinian negotiator Saeb Erekat, during which they plotted on pushing forward a resolution.

However, he did acknowledge that Erekat was in Washington this month, and a State Department statement released at the time confirmed that Erekat met separately with Kerry and Rice.

“This alleged meeting… never happened,” Price told The Times of Israel on Wednesday morning. “The ‘transcript’ is a total fabrication.”

However, Israeli officials have not backed down on the accusation that the Obama administration worked behind the backs of Israeli diplomats to get the resolution passed, saying they have “ironclad” proof of it.