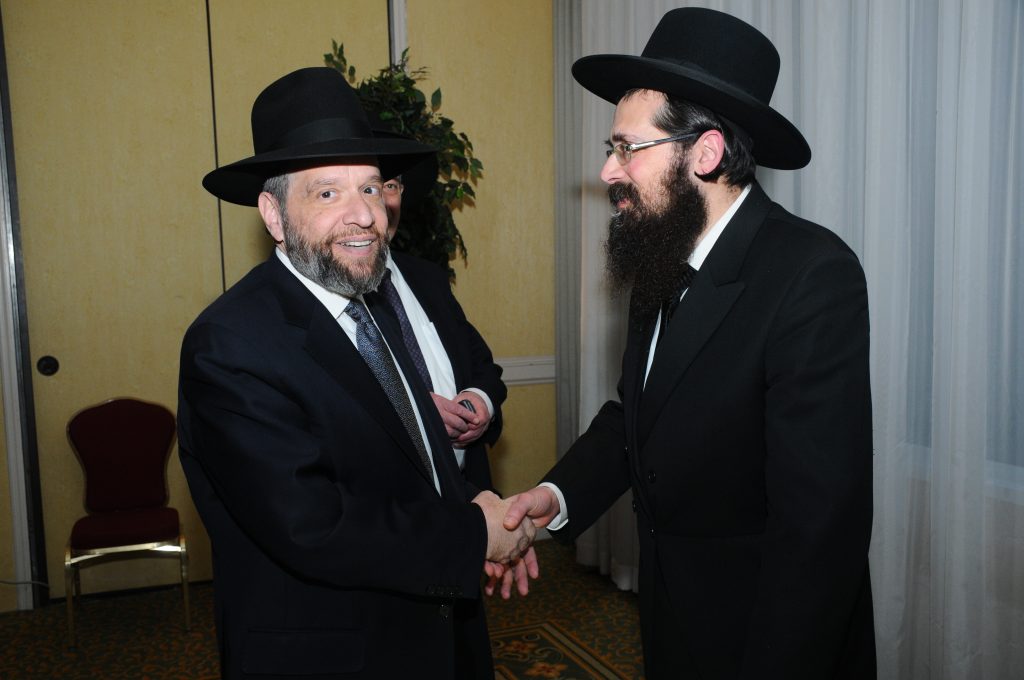 Reb Beinish Mandel, z”l, widely known baal chessed and longtime member of Flatbush Hatzalah, was niftar on 29 Kislev, the fourth day of Chanukah. He was 59 years old and had spent over ten years fighting an illness that eventually took his life, but hardly slowed his lifelong mission to use every ounce of strength to help his fellow Jew.

“Night and day, he was totally dedicated to Klal Yisrael,” Chatzkel Benett, a longtime friend, told Hamodia. “He was a very unique individual who knew how to harness his rare combination of talents and skills and integrate them into avodas Hashem and help other Yidden.”

From his role as one of the first Hatzalah paramedics to his constant availability and dedication to people in need of medical referrals, advice, and chizuk, Reb Beinish possessed the uncommon capacity to divide his time and energy amidst the needs of countless individuals while giving his wholehearted attention to each one.

Born and raised in Boro Park, Reb Beinish attended Yeshivas Chasan Sofer and continued on to study in Yeshivah Gedolah of South Fallsburg. He later traveled to Eretz Yisrael where he learning in Mir Yerushalayim, where he became a chavrusa of Harav Nosson Tzvi Finkel, zt”l, then a young member of the Kollel.

His bond to the Yeshivah and to his former chavrusa who would grow to lead it was one that endured for Reb Benish’s entire life. Each time Rav Nosson Tzvi visited America, it was Reb Benish who picked him up from the airport and served as his main driver. He also was a steady recourse to aid and advise on treating the Rosh Yeshivah’s constant health challenges. The tremendous self-effacement that he had towards the Rosh Yeshivah was one small sign of Reb Benish’s tremendous sense of kvod haTorah.

Over the years, he merited a particular closeness to many Gedolei Yisrael, including Harav Avrohom Pam, zt”l, and Harav Shmuel Berenbaum, zt”l, both of whom he also attended during their struggles with illness.

When Reb Benish first joined Hatzalah over 35 years ago, the organization was still in its early stages. His tremendous skill as a paramedic put him in constant demand. Realizing the role he could potentially play in the saving of countless lives, he made himself available at all hours for the task. His know-how and devotion, coupled with his natural sense of calmness under pressure, made Reb Beinish an especially beloved and valuable leader as Hatzalah steadily grew.

The countless chassadim that Reb Benish performed in his life took on all forms. He often served as a transport for those in need of medical care as they traveled, worked tirelessly to secure doctors’ appointments with recognized specialists for those who needed them, and was a regular presence in Chai Lifeline’s Camp Simcha. His sense of emunah and simchas hachaim gave him the ability not only to advise, but to encourage and uplift the many individuals he came in contact with.

After Reb Benish received the news of his own diagnosis, only moments later he commented, “Now that I have this disease, I can help others even more, since I’ll understand what they are going through.”

A large crowd was in attendance at Reb Beinish’s levayah held on Wednesday morning in Shomrei Hadas Chapels in Boro Park.