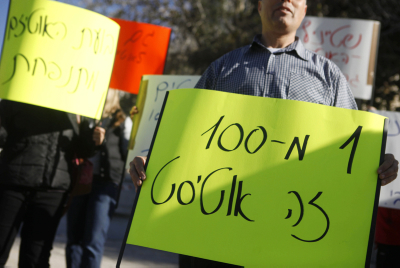 Nearly all Israelis are aware that autistic individuals live among them, and are in favor of granting them rights and benefits to help them – but few are aware of just how extensive the problem is. According to a poll by the Allot organization, which helps autistic children, two thirds of Israelis agreed with the statement that one out 1,000 children in Israel is born with autism – while the true number is one out of 100.

The poll was taken in advance of a special fundraising event for autistic children on January 3rd. According to the poll, 82 percent of Israelis are in favor of providing help for autistic individuals to get work, while 98 percent are in favor of integrating autistic soldiers into the IDF. With that, one third of the representative sample of those polled said that they could understand the reasons an organization would want to prevent autistic individuals from being a part of it.

Allot chairman Eitan Mizrachi said that the results of the poll were “encouraging in that they show a positive attitude towards those with autism. I am sure that as employers get to know the signs of autism and those afflicted, they will begin to see the benefits these people can bring to them and the economy.”