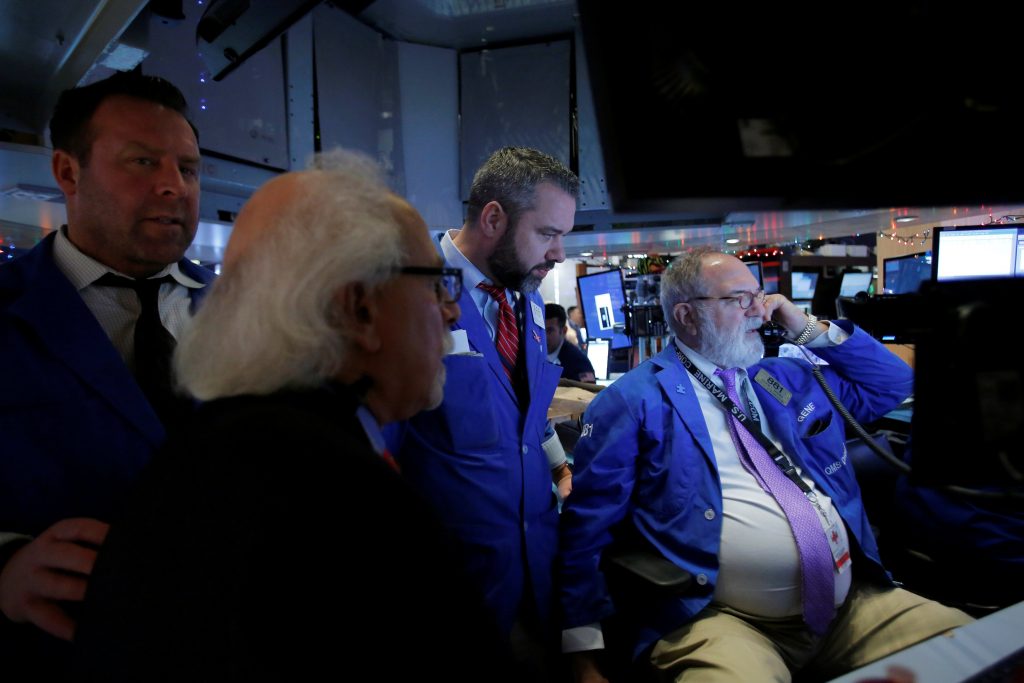 Trading was quiet as traders returned from the long weekend. Investors weighed new data on consumer confidence and home prices.

THE QUOTE: “Markets are moving toward 20,000 and bond yields are up; there’s a little bit of buoyancy in oil prices,” said Erik Davidson, chief investment officer at Wells Fargo Private Bank. “(But) trading is very, very thin.”

LOOKING FIT: Shares in Fitbit climbed 6.2 percent after the fitness tracker company’s app became the second-most downloaded in the iTunes store. The stock added 45 cents to $7.74.

NEW DRUG: Biogen rose 1.5 percent on news that the Federal Drug Administration approved a treatment for spinal muscular atrophy, a rare genetic disorder. The FDA approved the drug, Spinraza, late Friday. Biogen is handling marketing for the drug, which was developed by Ionis Pharmaceuticals. Biogen shares added $4.32 to $291.85. Ionis gained $1.70, or 3.2 percent, to $55.11.

MANUFACTURING FALLOUT: Endologix plunged 20.2 percent after the drugmaker said that the FDA has ordered it to cease shipping a device used to treat abdominal aortic aneurysms because of manufacturing problems. The company said the problem only affects some sizes of its AFX Endovascular AAA system and that no clinical problems have been reported. Endologix shares lost $1.45 to $5.74.

FEELING CONFIDENT: The Conference Board said its consumer confidence index climbed to 113.7 in December, up from 109.4 in November and the highest since it reached 114 in August 2001. The latest reading is another sign consumers are confident in the aftermath of a divisive election campaign.

“This is a pretty … good time to be a consumer, with inflation low, jobs coming back, wages inching higher, and the strong dollar,” Davidson said.

MARKETS OVERSEAS: In Europe, Germany’s DAX was up 0.2 percent, while the CAC 40 of France was 0.2 percent higher. Markets in Britain are closed for Boxing Day. Earlier in Asia, Tokyo’s Nikkei 225 was nearly flat. The Kospi of South Korea rose 0.2 percent, while India’s Sensex added 0.8 percent. Markets in Hong Kong and Australia were also closed.