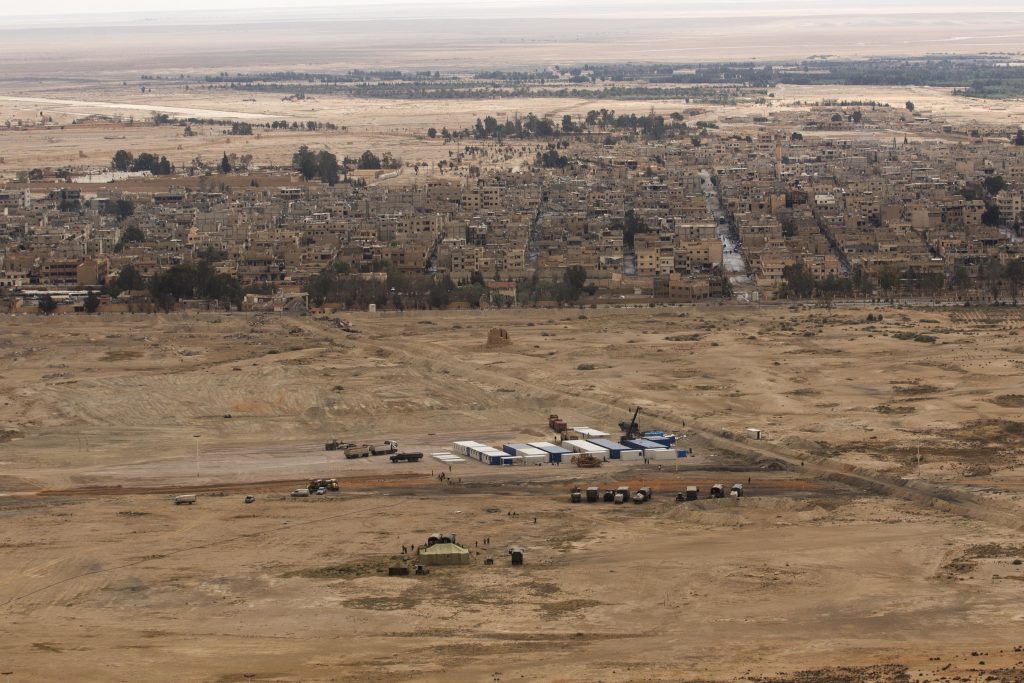 U.S.-Russian talks on their separate fights against the Islamic State terror group are improving and becoming more frequent, American officials said, with each side trading information in real time and even outlining some of their strategic objectives in the months ahead. The progress dispels the notion that ties between the former Cold War foes are “frozen.”

In the discussions, Russia has made clear that its counterterrorism priority in Syria is retaking the ancient city of Palmyra, officials said. The U.S. is determined to pressure IS headquarters in Raqqa.

The closer contacts have developed despite the former Cold War foes’ bitter accusations against one another over the devastation in Aleppo and Moscow’s claim that relations are now “frozen on all practical levels.”

The confidential military discussions aren’t focusing on the two countries’ opposing positions in Syria’s civil war, where Russia is fighting alongside the government and the United States has backed rebel groups, officials said.

But U.S. officials with knowledge of the ongoing conversations are crediting both sides with putting aside much of the public animosity, which has included Washington’s accusations of Russian war crimes in Aleppo and Moscow’s charges of American support for terrorist groups such as al-Qaida. Much of the talk has concerned the two nations’ immediate operations.

Since Dec. 15, the U.S.-led coalition has conducted airstrikes on about two dozen locations around Palmyra, destroying air defense weapons, tanks, aircraft shelters, storage bunkers and other vehicles and equipment. At the same time, U.S. and Russian officials have been ensuring that the two militaries don’t cross paths in the airspace above the city that IS militants seized for the second time earlier this month, and that American strikes don’t mistakenly hit Russian or Syrian forces.

But the talks have gone beyond the granular and even touched on broader U.S. and Russian plans, according to several U.S. officials, who weren’t authorized to speak publicly on the confidential discussions and demanded anonymity.

The Russians have spelled out that after they retake Palmyra, they want to move on IS militants congregated in Deir el-Zour, a city closer to the Iraqi border. Succeeding in Deir el-Zour, according to one U.S. official, could take Russia several months.

Palmyra became a more urgent mission after Islamic State terrorists ended the Syrian government’s nine-month hold over the city, seizing Russian and Syrian military equipment and weapons in the process. These include dangerous air defense artillery that could be used against coalition and friendly forces.

According to officials, the U.S. and Russian militaries have been communicating regularly, often in real time as strikes have been about to launch to make sure innocent troops aren’t at risk. The new concentration of U.S. strikes around Palmyra in the past week has made the effort especially important for Russia, one senior U.S. official said.

The scope of the discussions suggests that the two sides are pulling back from some of their extreme rhetoric in recent months, mainly colored by Russia’s support for the successful Syrian military effort to retake all of Aleppo. While Russian President Vladimir Putin has expressed hope that Donald Trump will improve U.S.-Russian cooperation, it appears that some of the groundwork already is being done.

U.S. officials have legal constraints on how far they can go. American law prohibits any military-to-military relations with Russia in the aftermath of Russia’s 2014 annexation of Ukraine’s Crimea region.

But as Syria’s various conflicts escalated, it became more critical for the U.S. and Russia to make sure they avoid crashes and other problems in the increasingly crowded skies — as happened when the U.S. mistakenly killed dozens of Syrian soldiers in airstrikes near Deir el-Zour in September.

“We certainly don’t want to have a repeat of that,” said Air Force Col. John Dorrian, spokesman for the U.S.-led coalition in Iraq and Syria.

Palmyra poses particular difficulties. Several hundred IS forces are believed to be in the city. But Syrian government and Russian troops are also there, making it difficult to tell them apart.