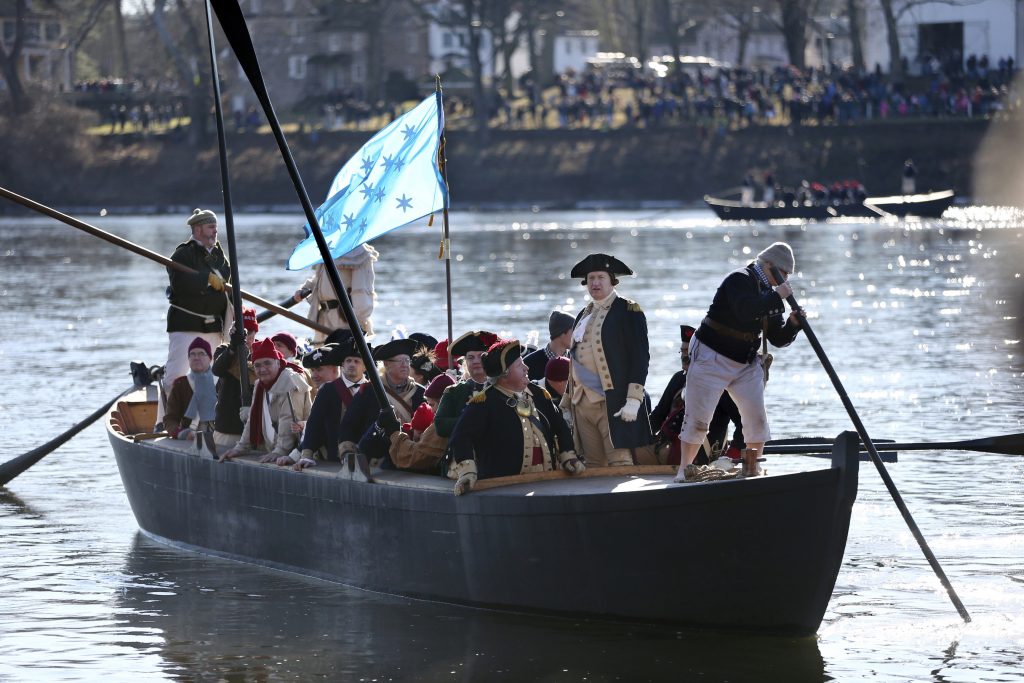 George Washington and his troops have made their annual Dec. 25 trip across the Delaware River.

The 64th annual re-enactment of Washington’s daring Dec. 25, 1776 crossing of the river took the group from Washington Crossing, Pennsylvania, to Titusville, New Jersey, on Sunday afternoon.

The annual tradition drew large crowds of families and fans of history to both sides of the Delaware River in Pennsylvania and New Jersey.

During the original crossing, boats ferried 2,400 soldiers, 200 horses and 18 cannons across the river. Washington’s troops marched eight miles downriver before battling Hessian mercenaries in the streets of Trenton. Thirty Hessians were killed, and two Continental soldiers froze to death on the march.