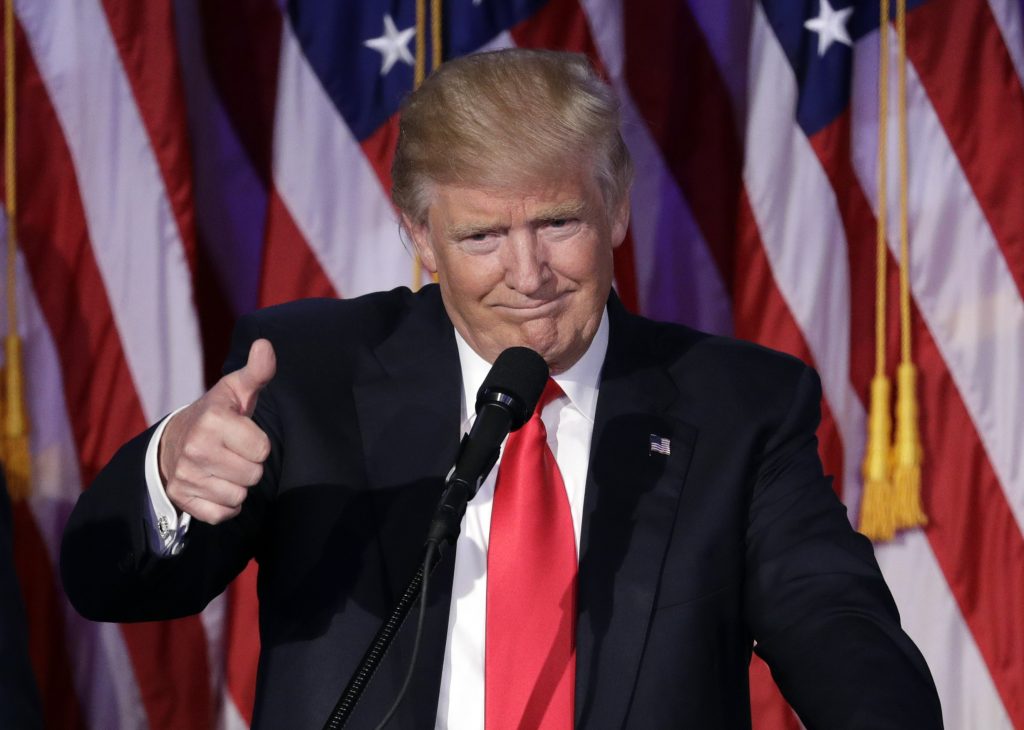 Donald Trump is set to inherit an uncommon number of vacancies in the federal courts in addition to the open Supreme Court seat, giving the president-elect a monumental opportunity to reshape the judiciary after taking office.

The estimated 103 judicial vacancies that President Barack Obama is expected to hand over to Trump in the Jan. 20 transition of power is nearly double the 54 openings Obama found eight years ago following George W. Bush’s presidency.

Confirmation of Obama’s judicial nominees slowed to a crawl after Republicans took control of the Senate in 2015. Obama White House officials blame Senate Republicans for what they characterize as an unprecedented level of obstruction in blocking the Democratic president’s court picks.

The result is a multitude of openings throughout the federal circuit and district courts that will allow the new Republican president to quickly make a wide array of lifetime appointments.

State gun control laws,voter laws, anti-discrimination measures and immigrant issues are all matters that are increasingly heard by federal judges and will be influenced by the new composition of the courts. Trump has vowed to choose ideologues in the mold of the late Supreme Court justice Antonin Scalia, a conservative icon – a prospect that has activists on the right giddy.

“I’m optimistic he’ll come at this right out of the gate,” said Carrie Severino, chief counsel and policy director of the Judicial Crisis Network, a conservative group that has opposed many of Obama’s court choices.

“Every president can expect to make a huge impact,” Severino added. “[Trump] is unique in having campaigned really hard on this issue – the significance of the courts, and of the Supreme Court in particular.”

The Supreme Court vacancy created by Scalia’s death in February was a motivating issue for many conservative voters, especially evangelical Christians, to turn out for Trump. Senate Republicans refused to hold even a hearing on Obama’s nomination of Merrick Garland, the chief judge of the U.S. Court of Appeals for the District of Columbia Circuit, for the Scalia seat.

Democrats accuse Senate Majority Leader Mitch McConnell, R-Ky., and Sen. Charles Grassley, R-Iowa, chairman of the Judiciary Committee, of intentionally denying Obama’s nominees a fair hearing and running out the clock in hopes that a Republican would succeed him, as Trump has.

Twenty-five of Obama’s court nominees were pending on the Senate floor, after having been approved out of the committee with bipartisan support, but did not get a vote before the Senate ended its two-year term before the holidays, according to White House spokesman Eric Schultz.

“Republican tactics have been shameful and will forever leave a stain on the United States Senate,” Schultz said. “Republican congressional dysfunction has now metastasized to the third branch of government, and that is not a legacy to be proud of.”

Trump spoke frequently about his intentions to put forward a more conservative Supreme Court nominee as a way to galvanize the right.

“The replacement of our beloved Justice Scalia will be a person of similar views, principles and judicial philosophies,” Trump said in his acceptance speech at the Republican National Convention. “Very important. This will be one of the most important issues decided by this election.”

Although Trump spoke little on the campaign trail about the many vacancies on lower courts, remaking the federal judiciary overall has been a priority of his and of Vice President-elect Mike Pence, aides said.

Trump’s older sister, Maryanne Trump Barry, is a senior judge on the U.S. Court of Appeals for the 3rd Circuit. First appointed to the federal bench by President Ronald Reagan, Barry was later elevated to the circuit court by President Bill Clinton and is known for her relative moderation.

Trump transition officials declined to comment on the process of selecting nominees, but incoming White House Counsel Don McGahn is expected to play a key role. Such groups as the Federalist Society and the Heritage Foundation have been working with the Trump team to suggest possible candidates.

The judiciary also is a top priority for McConnell, who stands ready to help the Trump White House identify candidates and grease the sometimes-laborious Senate confirmation process.

The Trump administration and the Senate will be under pressure to quickly install judges in courts around the country where cases are severely backlogged because of long-vacant seats.

There are 38 so-called judicial emergencies, according to the nonpartisan Judicial Conference, including in Texas, where seven seats have sat empty for more than one year. The Obama administration and the state’s two conservative Republican senators could not come to an agreement on nominees for the many openings.

“There is a real impact on real people,” said Neil Eggleston, Obama’s White House counsel. “There are people and companies who are not having their cases heard because there are no judges around.”

The politics surrounding judicial vacancies are more poisonous than at any time in recent memory, as the Garland episode has shown, with Democrats and Republicans at loggerheads for much of the two years since McConnell took leadership of the Senate.

Sen. Patrick Leahy, Vt., the ranking Democrat on the Judiciary Committee, issued a 4,200-word statement this month saying that by blocking Garland, Republicans had committed “the most outrageous act of obstruction and irresponsibility” that he had seen in his 42 years in the Senate.

Speaking more generally about circuit and district court vacancies, Leahy added: “Despite the fact that there are dozens of qualified, consensus nominees pending on the Senate floor right now, we will finish this Congress having confirmed just 22 judicial nominees in two years. That is the lowest number since Harry Truman was president.”

As with many subjects, judicial nomination data can be subject to interpretation. Judicial vacancies ebb and flow somewhat randomly, considering judges serve lifetime appointments until they choose to retire or die.

Beth Levine, a spokeswoman for Grassley, said, “The White House has very little to complain about because no matter how they spin it, the fact is that President Obama had more judicial nominees confirmed than President Bush.”

Obama has used his nominations to systematically diversify the federal courts to look more like the fast-changing country. He appointed far more female and minority judges than any other president in history.

“The president, my predecessors and I spent a significant amount of time looking for all different kinds of diversity – racial, ….., gender and professional background,” Eggleston said.

When Obama took office, only one of the 13 regional circuit courts had a majority of Democratic-nominated judges, and as he leaves, nine do. While the Supreme Court hears roughly 75 cases a year, tens of thousands are decided at the circuit court level, affecting all who live in the states within those circuits.

Russell Wheeler, an expert on judicial nominations at the Brookings Institution, said Trump has a great opportunity to change the partisan split in the federal courts. He predicted that by mid-2020, Republican appointees would hold about half of the 673 district judgeships, as opposed to the current 34 percent. And among the 179 circuit court judgeships, Democratic appointees now hold a slim majority, 51 percent, but that could fall to about 43 percent.

But Wheeler warned that there are important limitations to Trump’s power. For one thing, many of the judges most likely to leave their appointments in the coming years were appointed by Republican presidents, meaning there will be fewer opportunities to shift the partisan makeup.

And perhaps more importantly, 28 of the 50 states will be represented by at least one Democratic senator, including large ones such as California, Florida and New York. Senate leaders have a tradition of considering nominees only if they are supported by both senators representing their state – and Democratic senators are expected to bargain hard with the Trump administration, just as Republican senators did with Obama’s.

“The president doesn’t always get exactly who he wants,” Wheeler said.