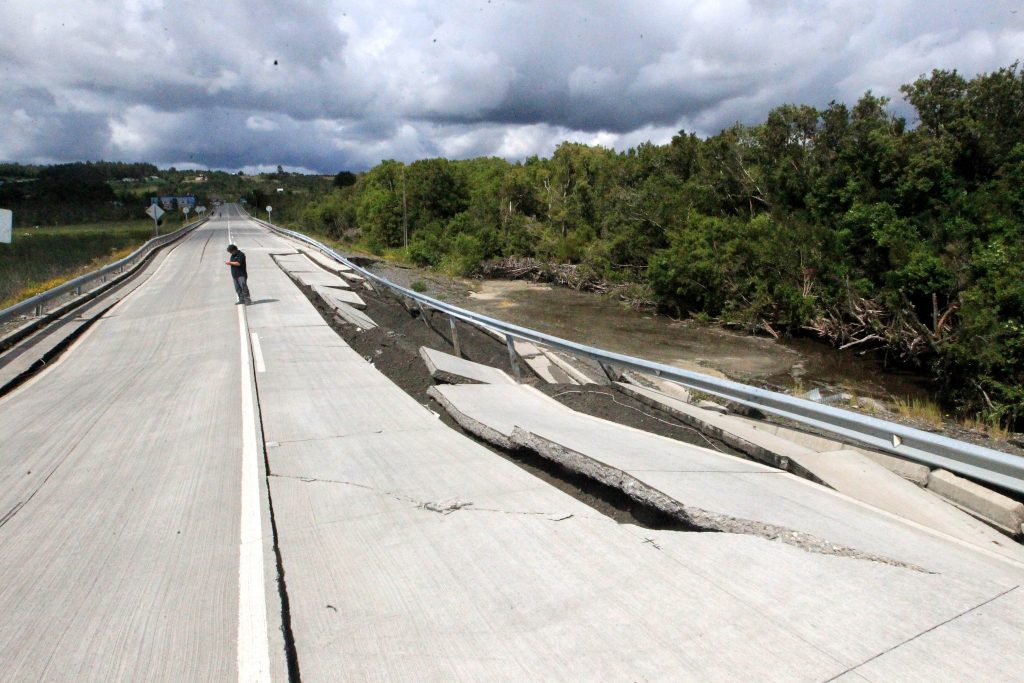 No fatalities were reported from the quake, and officials removed a tsunami warning issued earlier for areas within 1,000 km (621 miles) of the epicenter of the quake 140 miles southwest of Puerto Montt. Eight mostly small ports in the area were closed, Chile’s Navy said.

The quake was felt on the other side of the Andes mountains in Argentina, but structural damage in areas close to the epicenter was limited, witnesses said.

“There was a lot, a lot of movement here, but besides that nothing of note, there weren’t houses falling,” said Alamiro Vera, owner of the Cabanas Hotel in the southern Chile fishing town of Quellon. “It was just scary, and some things inside fell.”

A Reuters witness said some roads and at least one bridge were damaged in Quellon, located on Chiloe Island, a tourist destination in Chile’s Los Lagos region.

Chile’s National Emergency Services (Onemi) chief Ricardo Toro said a tsunami watch remained in place even though the warning had been lifted, and reiterated his call for Los Lagos residents to abandon beaches and go to higher ground.

The quake’s depth was about 34.6 km (21.5 miles), the U.S. Geological Survey said. According to media reports, the quake was felt in the southwest Argentine city of Bariloche.

Fishing and agriculture company Empresas AquaChile SA said its employees in the watch zone had been evacuated and were safe, adding that there was no damage to its facilities.

Chile is the world’s leading copper producer, but there are no major mines located near the zone affected by the earthquake.

Chile has a long history of deadly quakes, including a 8.8 magnitude quake in 2010 off the south-central coast, which also triggered a tsunami that devastated coastal towns.