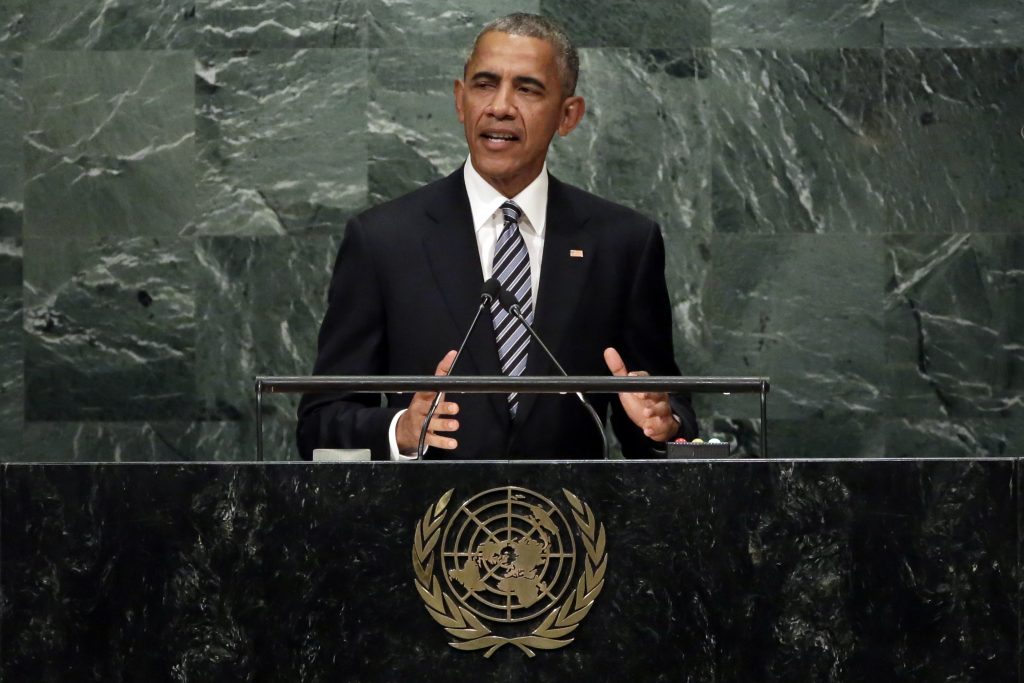 An Israeli official on Friday accused President Barack Obama of colluding with the Palestinians in a “shameful move against Israel at the U.N.” after learning that the White House did not intend to veto a Security Council resolution condemning settlement construction in Yehudah and Shomron and the eastern part of Yerushalayim the day before.

“President Obama and Secretary Kerry are behind this shameful move against Israel at the U.N.,” the official said. “The U.S administration secretly cooked up with the Palestinians an extreme anti-Israeli resolution behind Israel’s back which would be a tail wind for terror and boycotts and effectively make the Western Wall occupied Palestinian territory,” he said, calling it “an abandonment of Israel, which breaks decades of U.S. policy of protecting Israel at the U.N.”

Earlier, he said that Israeli Prime Minister Binyamin Netanyahu had turned to President-elect Donald Trump to help head off the critical U.N. resolution.

The Palestinian mission to the United Nations said the Security Council will vote later in the day on the resolution condemning Israel’s settlement construction, now sponsored by New Zealand, Malaysia, Senegal and Venezuela.

Although the U.S. opposes the settlements, it has traditionally used its veto power as a permanent member of the Security Council to block resolutions condemning Israel, saying that disputes between Israel and the Palestinians must be resolved through negotiations. But after eight years of failed peace efforts during the Obama Administration, Israel has expressed concern that the outgoing president would take an audacious step to leave his mark on the region. In recent weeks, the White House had been especially secretive about its deliberations.

The Israeli official’s admission marked a final chapter in the icy relations between Netanyahu and Obama over the last eight years, and signaled an era of close ties between Israel and the incoming Trump administration.

Israel knew even before the Egyptian draft resolution that the White House was planning an “ambush” and coordinating it with the Palestinians, said another Israeli official, who requested anonymity to discuss internal diplomatic conversations.

Israeli diplomats believe they were misled by the U.S. during a meeting last week between high-ranking Israeli and Obama administration officials in which the U.S. side offered reassurances about its efforts to support Israel but declined to explicitly state that the U.S. would veto such a resolution if it came up. The Israelis told their counterparts that “friends don’t take friends to the Security Council,” the official said.

The Egyptian-sponsored resolution had demanded that Israel halt settlement activities and declared that existing settlements “have no legal validity.”

But under heavy Israeli pressure, Egypt called off a planned vote in the Security Council hours before it was to take place. In the diplomatic activity ahead of the postponement, both Netanyahu and Trump issued nearly identical statements urging the U.S. to veto the measure.

“After becoming aware that the administration would not veto the anti-Israel resolution, Israeli officials reached out to Trump’s transition team to ask for the president-elect’s help to avert the resolution,” the Israeli official said, speaking on condition of anonymity because he was discussing behind-the-scenes diplomatic activity.

On Friday, Egypt said its president had received a call from Trump in which they both agreed to give the incoming U.S. administration a chance to try and resolve the Israeli-Palestinian conflict. The call came hours after Egypt indefinitely postponed the U.N. vote.

A statement from the Egyptian presidency said the two men spoke by phone early Friday and agreed on “the importance of giving a chance for the new American administration to deal in a comprehensive way with the different aspects of the Palestinian issue with the aim of achieving a comprehensive and a final resolution.”

A senior Palestinian official, speaking anonymously according to protocol, said Egypt didn’t consult with the Palestinians about delaying the vote and it was a “complete shock” for them. Egypt represents Arab states on the security council.

Egypt is the first Arab country to make peace with Israel, and the two countries have close security ties in a shared struggle against Islamic terrorists.