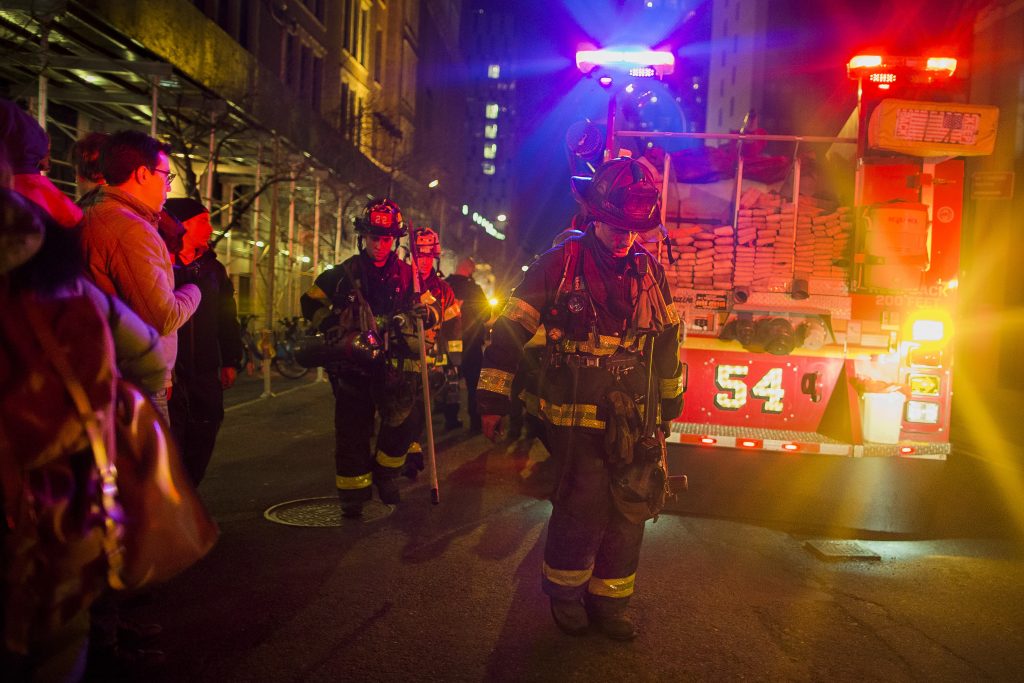 Dozens of people were injured in a fire at a high-rise building on Manhattan’s Upper West Side.

The blaze broke out in a third floor apartment just before 5 p.m. Thursday and spread to the fourth floor before it was extinguished at about 6:30 p.m.

New York Fire Department officials said of the 24 people who were hurt, two people were critically injured and four had potentially serious injuries. The others, including several firefighters, had minor injuries.

Among the injured was a 7-year-old girl who was in cardiac arrest on the 21st floor, according to FDNY Chief of Department James Leonard.

He said she is now in good condition after firefighters carried her out of the building and revived her.

It wasn’t clear what started the fire, but Leonard said open windows and high winds caused “very heavy smoke” to go into the hallways and rise up into the building’s upper floors.

“Firefighters had a tough time getting across the hallway because of the wind,” he said.

Nine people escaped to the roof to wait out the fire and were safely removed, said Leonard.