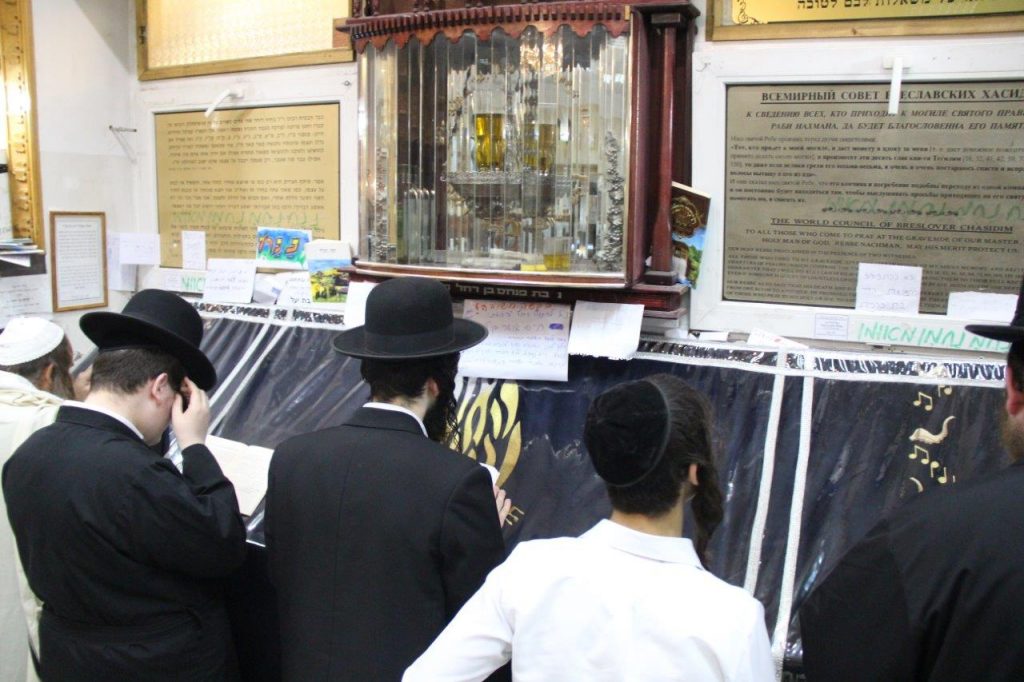 Skinheads overnight Tuesday invaded the tziyun of Rav Nachman of Breslov, zy”a, in the town of Uman, Ukraine, assaulted people who were davening there, threw red paint around the site, and left behind the decapitated head of a pig. Witnesses who spoke with Israeli media Wednesday said they feared for their lives, which were saved only b’derech nes.

Local police have opened an investigation. So far, no arrests have been made. Speaking to Channel Ten, Rabbi Yisrael Elcharar, the gabbai of the site, said that the incident occurred around 2 a.m. “I saw two brutes emerging from a jeep that stopped near the entrance. I thought they had come to daven, and did not pay much attention to them. Their faces were not covered. I heard an explosion, and I thought that IS or some such group was conducting a terror attack. Then I saw red, and I thought I was seeing blood.”

The sound was that of a paint gun, and the red was paint that they were shooting around the tziyun. They then sprayed tear gas at those present and threw the pig’s head into the compound. Dozens of police arrived moments after an emergency call was made, and evidence was taken. “I truly hope they find this gang,” Rabbi Elcharar said. “This is anti-Semitism for its own sake. There are many anti-Semitic incidents here, several times a week, but this is a much more serious incident than the usual.”