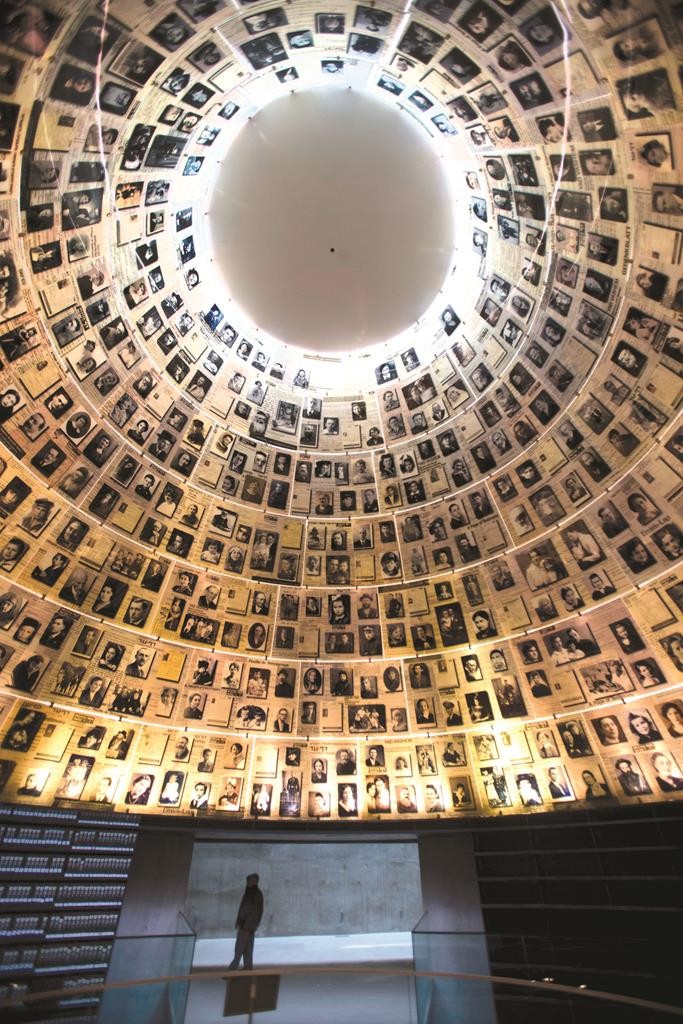 Marion Pritchard, a Dutch social-work student who was credited with saving dozens of Jews during the Holocaust – spiriting some to safe houses, hiding others under floorboards, and, in one case, executing a Nazi before he could arrest a family of four – died Dec. 11 in Washington. She was 96.

The cause was cerebral arteriosclerosis, according to her family.

Pritchard was recognized in 1981 by Yad Vashem as one of the “righteous among the nations.”

She was said to have fed, clothed, hidden or otherwise aided as many as 150 people, many of them children. She insisted that she could not have done her work without the assistance, overt or implied, of neighbors, friends and other members of the Resistance. She observed, her son Arnold Pritchard recalled, that only rarely if ever during the Holocaust could one person single-handedly save the life of another.

Pritchard – then van Binsbergen – was 19 when Germany invaded the Netherlands in May 1940. She credited her father, a Dutch judge who abhorred the Nazi ideology, and her mother, an Englishwoman who raised her daughter in the Anglican faith, with instilling in her a sense of justice and moral resolve.

The “crucial moment” for her came in 1942, she said, when she was riding her bicycle to her university in Amsterdam and witnessed the liquidation of a home for Jewish children. Deportation of Jews from the Netherlands began that year and would continue into 1944. Of 107,000 Jews taken away, all but 5,200 would perish. Less than 25 percent of Dutch Jewry survived the Holocaust, according to the U.S. Holocaust Memorial Museum.

“It was a beautiful spring morning, and it was a street I had known since I had been born, and all of a sudden you see little kids picked up by their pigtails or by a leg and thrown over the side of a truck,” Pritchard said in an interview published in the volume “Voices From the Holocaust” by Harry James Cargas. “You stop but you can’t believe it.”

She watched two women attempt to stop the soldiers, only to be put in the truck with the children. At that moment, she said, she committed herself to fighting Nazi persecution in whatever way possible.

Along with about 10 friends, she helped obtain false identity documents and hiding places to help Jews evade arrest. Despite severe food shortages, they scrounged up extra ration cards and provisions. She put her social-work training to use by finding host families to take in Jewish children and prepare the families for the perils they faced.

At times, she falsely declared herself to be the mother of a baby to conceal the child’s Jewish identity. A toddler spent several months with her before she found a safer home outside Amsterdam.

For nearly three years, Pritchard cared for a Jewish man, Fred Polak, and his two young sons and infant daughter, taking up residence in the country home of an acquaintance where they were hidden. In case of a Nazi roundup, they perfected a routine by which the father and his children could slip beneath the floorboards within 17 seconds. They gave the baby sleeping pills to prevent her from crying.

One day, three Germans and a Dutch policeman came to search the house and left, having failed to detect the hideaway. Shortly thereafter, the Dutchman, who nonetheless suspected that something was awry, returned and discovered the hideout. Before he could make an arrest, Pritchard grabbed a small revolver that she had kept for such an emergency and fatally shot him.

“I would do it again, under the same circumstances,” she told an interviewer years later, “but it still bothers me.”

She credited a local undertaker with helping dispose of the corpse by burying it with another body in a coffin. “I just hope that the family would have approved,” she said.

Marion Philippina van Binsbergen was born in Amsterdam on Nov. 7, 1920. She grew up mainly in the Netherlands but traveled frequently to England, where she attended boarding school.

When the war broke out, she was studying social work at the University of Amsterdam. She was arrested in 1941 and imprisoned for seven months after being caught at a meeting where students were transcribing Allied radio broadcasts for dissemination. Until then, “I always thought I had my mother’s ability to ignore fear,” she remarked, according to the International Raoul Wallenberg Foundation.

She said it was perhaps easier for her than for others to face the dangers of rescue work, her son recalled, because she was not married at the time and did not have children of her own: She was risking no life but her own.

Among the most famous Jews who sought refuge in the Netherlands were the German-born diarist Anne Frank and her sister Margot. Pritchard told the Los Angeles Times that she met them by chance at a birthday party before they went into hiding and were ultimately discovered, deported and murdered.

After the war, Pritchard became a United Nations social worker in displaced-persons camps. Through those assignments, she met her husband, Anton Pritchard, a former U.S. Army officer. In 1947, they were married in one of the camps.

The Pritchards settled in Waccabuc, N.Y., and later in Vershire, Vt. Pritchard continued her social-service work in the United States, helping refugee families. She graduated from what is now the Boston Graduate School of Psychoanalysis and ran a psychoanalysis practice for several decades. In 2006, she moved to Washington.

Her husband died in 1991. Survivors include three sons – Arnold Pritchard of New Haven, Conn., Brian Pritchard of Los Angeles and Ivor Pritchard of Washington; eight grandchildren; and a great-grandson.

Pritchard’s wartime story was chronicled in books including “Conscience and Courage: Rescuers of Jews During the Holocaust” by Eva Fogelman, and the documentary “The Courage to Care” (1985).

“Most of us were brought up to tell [the] truth, to obey the secular law and the Ten Commandments,” she said in a 1996 lecture. “By 1945, I had stolen, cheated, deceived, and even killed.”

She attributed her morals to her parents, who she said had treated her with “respect and consideration from the time” she was born. “As a result,” she observed, “I grew up treating other people the same way.”

Erica Polak, a Dutch psychologist, was the infant girl who survived the war in the countryside shelter with her father and brothers, thanks to Pritchard’s efforts.

“My whole family is so grateful to her,” she wrote in an email after her rescuer died, “no words will ever be enough to describe that deep gratitude we feel.”