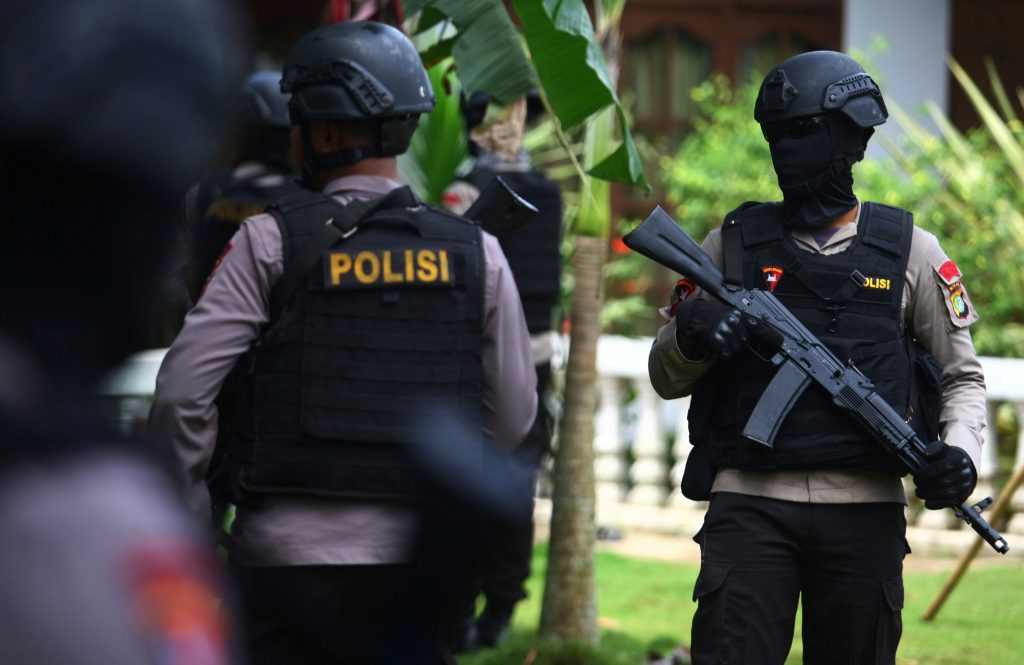 Indonesian anti-terrorism police killed three suspects in a gunfight on the outskirts of the capital, Jakarta, on Wednesday and foiled a suicide bomb plot, a police spokesman said.

The raid is the latest in a series over recent weeks that police say have disrupted bomb plots, raising concern that homegrown terrorists in the world’s largest Muslim-majority nation are getting bolder in their attempts to launch attacks.

Police said this week that at least 14 people were being interrogated over suicide bomb plots targeting the presidential palace in Jakarta and an another undisclosed location. Both involved female suicide bombers – a new tactic for Indonesian terrorists.

After Wednesday’s raid, police said the suspects, who authorities believe are supporters of the Islamic State terror group, had planned to stab officers at a traffic post, and then detonate a “large, homemade” bomb as crowds gathered.

“The intention was for a suicide bomb,” national police spokesman Rikwanto, who like many Indonesians uses only one name, told a news conference.

Police said a total of five bombs were found at the house in South Tangerang.

Media footage showed a bomb squad officer wearing a blast-resistant suit entering the house as residents watched from behind a police line.

“During the raid, we tried to be careful but they threw something from inside the house and it was a bomb but it did not explode. Then they fired from inside,” Rikwanto earlier told the Metro channel.

He said one suspect was captured.

President Joko Widodo commended security forces for preventing attacks and called on the public to be vigilant against the spread of radicalism.

“We hope the public can also help fortify this country against terrorism and radicalism,” Widodo said in a statement.

Indonesia has suffered several major terror attacks over the years, the worst of which was the 2002 bombing on the island of Bali that killed 202 people, many of them foreigners.

That attack led to Western help and funding for an elite counter-terrorism unit, which has been effective in stamping out terrorist cells.

Authorities, however, now worry about a resurgence in radicalism, inspired in part by Islamic State.

A gun and bomb assault in the heart of Jakarta in January killed four people and was the first attack in Southeast Asia claimed by Islamic State.

Police have arrested dozens of suspected terrorists in recent months, including a cell in Indonesia’s Batam island that planned a rocket attack on neighboring Singapore.

Many suspects from the most recent arrests were found with military-grade explosives and police say they had been communicating with and receiving money from Bahrun Naim, an Indonesian terrorist known to be fighting with Islamic State in Syria.