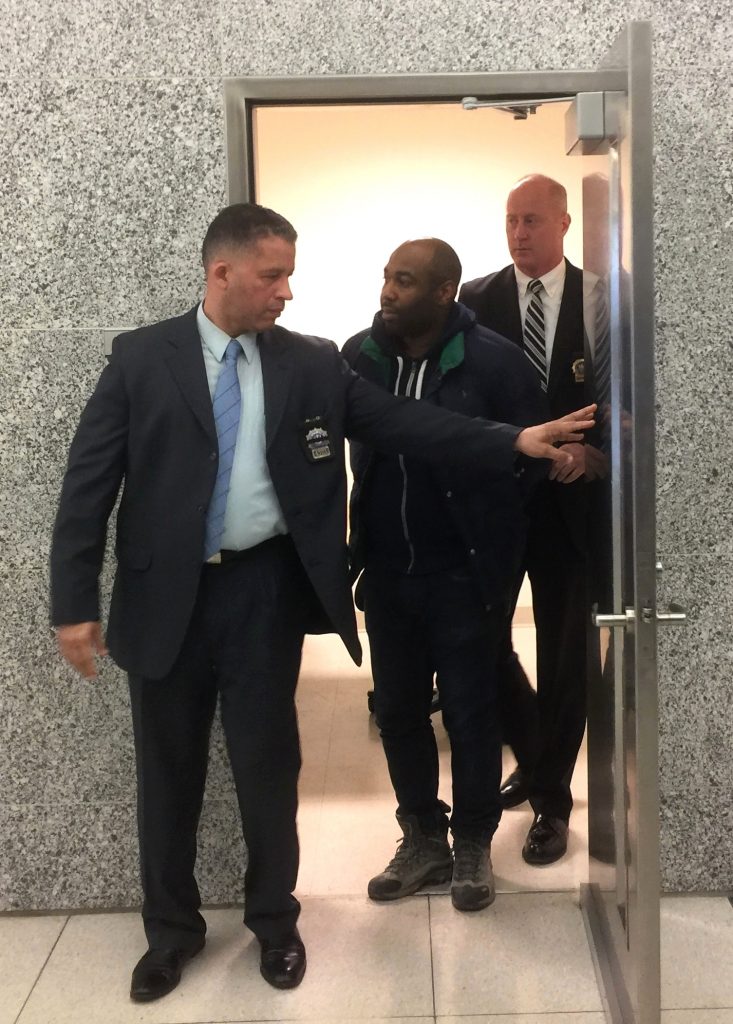 Irvine Henry, the fourth man believed to have been involved in the January 2014 kidnapping and death of Menachem Stark, H”yd, was arrested by the New York Police Department on Wednesday morning.

Both Felix and Henry pleaded not guilty to all charges. Judge Danny Chun ordered both held without bail pending the judge’s review of the grand-jury proceedings, which had returned the indictments against the suspects. A new bail hearing will be held on Feb. 8, 2017.

If convicted of the most serious charge, Henry and Felix each face up to 25 years in prison.

Upon Henry’s arrest, Acting Brooklyn District Attorney Eric Gonzalez said, “This indictment is the latest step in our journey toward justice for Menachem Stark, his seven children and the rest of the family his killers took him from. The tireless work of NYPD investigators and prosecutors from my Office will ensure that all involved in this grievous crime are held to answer for their despicable acts. ”

New York Police Commissioner James O’Neill said, “This was an especially callous crime, where the defendants acted on a desire for money alone. When the robbery led to the victim’s death, the defendants conspired to dump the body and set it on fire in a failed attempt to obstruct justice. I’m thankful to the members of the NYPD and the Brooklyn DA’s office who conducted the investigation that led to today’s indictment.”

Kendall’s brother Erskin Felix was also arraigned, later Wednesday afternoon, before Judge Bruce Balter. Erskin, 38, was arrested in October shortly after Kendall’s arrest, and was then charged with kidnapping and murder, and ordered held without bail. The charges against Erskin have now also been increased: He faces a murder charge, two kidnapping charges, two conspiracy charges, a charge of tampering with physical evidence and a charge of attempted tampering with physical evidence.

As expected, Erskin pleaded not guilty to all counts Wednesday and was ordered held without bail. As requested by Erskin’s lawyer at the arraignment, the judge ordered that Erskin, who has cancer, receive better medical treatment in jail.

One man has already been convicted in the case: Kendel Felix, a cousin of Erskin and Kendall Felix, was convicted in September of second-degree murder and kidnapping. One of the centerpieces of the prosecution’s case against Kendel was a confession that Kendel gave investigators upon his April 2014 arrest, in which he also implicated Kendall Felix, Erskin Felix and Irvine Henry. Kendel faces a maximum of 25 years to life in prison. Since Kendel’s conviction, Kendall Felix, Erskin Felix and Irvin Henry have been arrested, and Kendel’s sentence has repeatedly been postponed, leading many observers to believe that Kendel may now be cooperating with prosecutors in the hope of a reduced sentence.

At Wednesday’s bail hearing, Parris Gilbert, Kendall’s attorney, alluded to Kendel’s possible cooperation with prosecutors, saying that Kendel Felix has “every incentive to make false allegations to paint my client and any other possible co-defendants in a false light.”

In comments to Hamodia after the arraignment, Morris Shamuil, Henry’s court-appointed attorney, expressed disappointment at Judge Chun’s denial of bail for his client.

Shamuil said that the ruling of a remand is excessive “considering the charges in this case.”

“The district attorneys have conceded that Mr. Henry was not involved in the kidnapping, in the murder and disposing of the deceased’s body,” said Shamuil. “You remand on a homicide charge, not for conspiracy charges. It’s excessive based on the charges and the accusations of his level of involvement.”

Gilbert declined to comment, except to state, “My client is innocent.”

Yitzy Stark, Menachem’s brother, said, “We are very glad that more arrests were made, and look forward to seeing all the perpetrators brought to justice. But this will never bring back Menachem, whom we miss every day.”