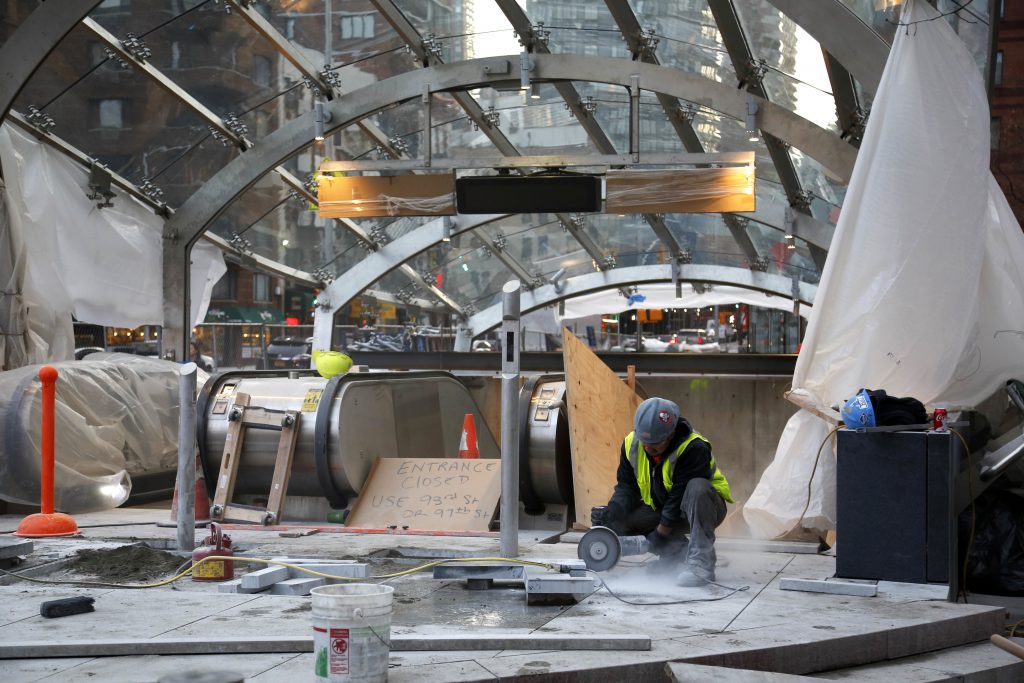 New Yorkers have become accustomed to waiting on the subway. But nearly 45 years?

That’s how long it’s been since construction began on a much-needed subway line beneath the east side of Manhattan. And if history is any guide, it’s anybody’s guess whether a Dec. 31 deadline to open it will actually be met.

Gov. Andrew Cuomo has been pushing the end-of-the-year deadline set by the Metropolitan Transportation Authority hard in recent days, saying it’s become about more than the long-delayed Second Avenue subway — it’s about the faith people have in government.

“Nobody believes it’s going to be done on time, nobody,” the Democratic governor said in a radio interview last week. But, he added, “if we can get it done on time … if we can open that thing up at the beginning of the year, maybe people will start to say once again, ‘Wow. Maybe we can do something.’”

The Second Avenue subway, seen as crucial to alleviating traffic on one of the world’s busiest transit systems, has been star-crossed since it was first envisioned by the city’s transportation board in 1929. Those plans were derailed by the stock market crash a few months later.

It wasn’t until 1972 that ground was finally broken on the project. But again, a financial crisis in the nation’s most populous city in the 1970s put a halt to work. In the 1990s, two powerful U.S. senators from New York were able to secure vital federal funds. But then there were years of bureaucratic hurdles: zoning changes, environmental studies and pre-construction work to clear the city’s underground of pipes and cables.

In 2007, the major tunneling work began on the $4.4 billion project that’s now set to open: a four-station, nearly 2-mile expansion of an existing subway line from Lexington Avenue and 63rd Street to 96th Street, with stops at 72nd and 86th streets.

It was supposed to be completed in 2013.

“Quite frankly, it’s way overdue,” said Richard Barone, of the Regional Plan Association, a transportation research and advocacy group. “In the long run, does it matter if it’s a little late by weeks or months? Not as long as it opens. But if the government says they’re going to do it at this time, people should have a reasonable expectation that they do.”

Delays were due, at least in part, on the fact that construction is much different today than it was when most of the city’s subways were built.

At the beginning of the 1900s, before certain worker safety protections were codified into law, New York subway construction was championed by the efficient so-called “cut and cover” method, where workers stopped traffic to dig up the streets, lay track and then covered up the holes again.

During the Second Avenue subway construction, officials employed a 485-ton, 450-foot-long machine that bored through 50 feet of bedrock daily. But the pace was slowed, in part, because of political concerns about noise from the work.

About 5.6 million riders take New York City’s subways on weekdays, according to the MTA, the state entity that controls the transit system. Ridership on Manhattan’s only north-south subway line on the east side has been surging, with overcrowded trains straining the system and causing delays that ripple throughout the city’s underground.

Officials estimate about 200,000 daily commuters will take advantage of the Second Avenue line, which is slated to expand north into Harlem.

But officials haven’t yet set a date for when that will begin.