World Merkel: Asylum-Seeker May Have Carried Out Market Attack
World 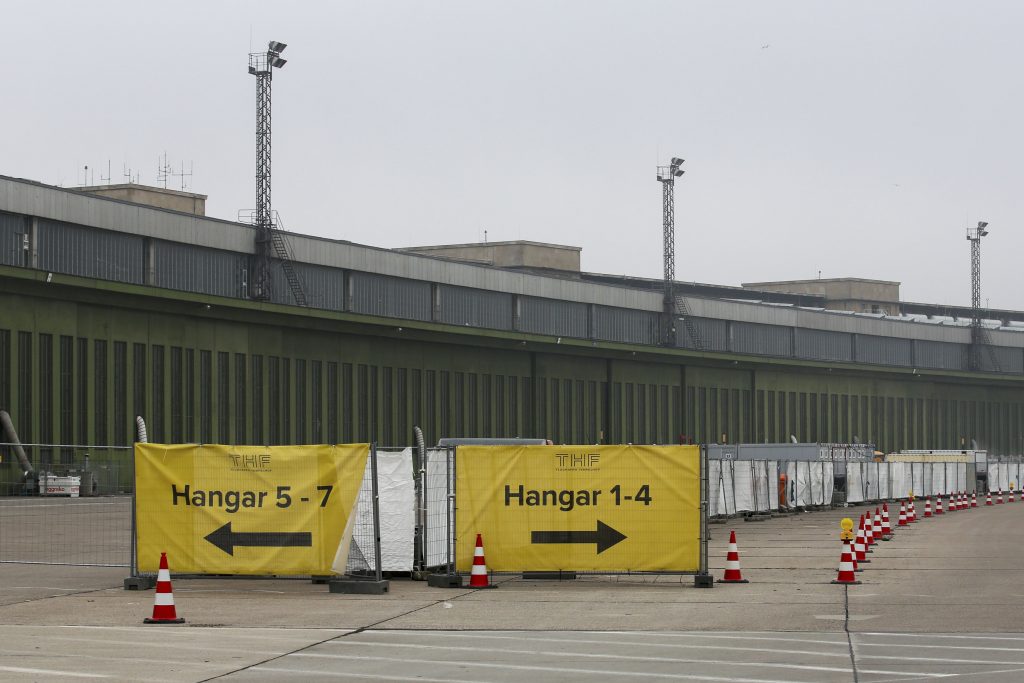 Investigators said they suspect that the driver of a truck that plowed into a crowd at a Berlin market, killing 12 people and injuring 48, did so in a deliberate terrorist attack, and Chancellor Angela Merkel said he may have been an asylum-seeker.

The truck crashed into people gathered on Monday evening around a market in the heart of former West Berlin. A German security source said the suspect was a 23-year-old migrant from Pakistan known to police for committing minor offenses. The source said the man had been staying at a refugee accommodation center in the now defunct Tempelhof airport.

Merkel told reporters: “There is much we still do not know with sufficient certainty but we must, as things stand now, assume it was a terrorist attack.”

She added: “I know it would be especially hard for us all to bear if it were confirmed that the person who committed this act was someone who sought protection and asylum.”

The incident evoked memories of an attack in Nice, France in July when a Tunisian-born man drove a 19-ton truck along the beach front, mowing down people who had gathered to watch the fireworks on Bastille Day, killing 86 people. That attack was claimed by Islamic State.

If a migrant link is confirmed, it could further sour sentiment toward asylum-seekers in Germany, where more than a million people fleeing conflict and poverty in the Middle East, Africa and elsewhere have arrived this year and last.

AfD leader Frauke Petry said Germany was no longer safe and “radical Islamic terrorism has struck in the heart of Germany.”

“The facts are simple: a migrant who arrived in Germany in February 2016 and got refugee status … is now interrogated as a suspect responsible for this heinous, repugnant crime,” Fico said, without specifying the source of his information.

“This attack will undoubtedly again significantly change the attitude of a number of EU member states towards migration as such,” he said. “I think that the cup of patience is beginning to spill over and Europe’s public will rightfully expect rather stronger measures.”

Police said the man suspected of steering the truck had fled the crash scene and was later arrested.

Newspaper Die Welt said he had jumped out of the driver’s cab and run down the street toward the Tiergarten, a vast park in central Berlin. It said several witnesses phoned police to inform them, including one who chased the suspect while on the phone, constantly updating officials on his whereabouts.

On Tuesday morning, investigators removed the black truck from the site for a forensic examination. People left flowers at the scene and notes, one of which read: “Keep on living, Berliners!” One woman was crying as she stopped by the flowers.

Berlin police are investigating leads that the truck had been stolen from a construction site in Poland. They said a Polish man was found dead inside the vehicle but added he was not in control of it.

German magazine Focus cited Karl-Heinz Schroeter, interior minister of the state of Brandenburg, as saying one of the people found dead at the scene was shot, and that was probably the Pole.

Bild newspaper cited security sources as saying the suspect was named Naved B. and had arrived in Germany a year ago. In legal cases German officials routinely withhold the full name of suspects, using only an initial.

Local broadcaster rbb cited security sources as saying the man came to Germany via Passau, a city on the Austrian border, on Dec. 31, 2015.

Die Welt said police special forces stormed a hangar at Berlin’s defunct Tempelhof airport at around 4 a.m. It said, without citing its sources, that the arrested man was registered there.

A refugee there who gave his name only as Ahmed told Reuters that security guards had told him there was a raid at around 4 a.m.

Stephan Mayer, a senior member of the Christian Social Union – the Bavarian sister party to Merkel’s Christian Democrats, told broadcaster ZDF it was necessary to ensure that there were no copycat attacks.

Austrian Interior Minister Wolfgang Sobotka said on ORF radio he had told the heads of Austria’s regional police forces to intensify surveillance measures. He called for biometric and fingerprint checks to be introduced along the Balkan route traveled by many migrants arriving in Europe, in order to better control foreign jihadist fighters’ movements.

Manfred Weber, head of the center-right European People’s Party, said: “It’s not an attack on a country; it’s an attack on our way of life, on the free society in which we are allowed to live.”