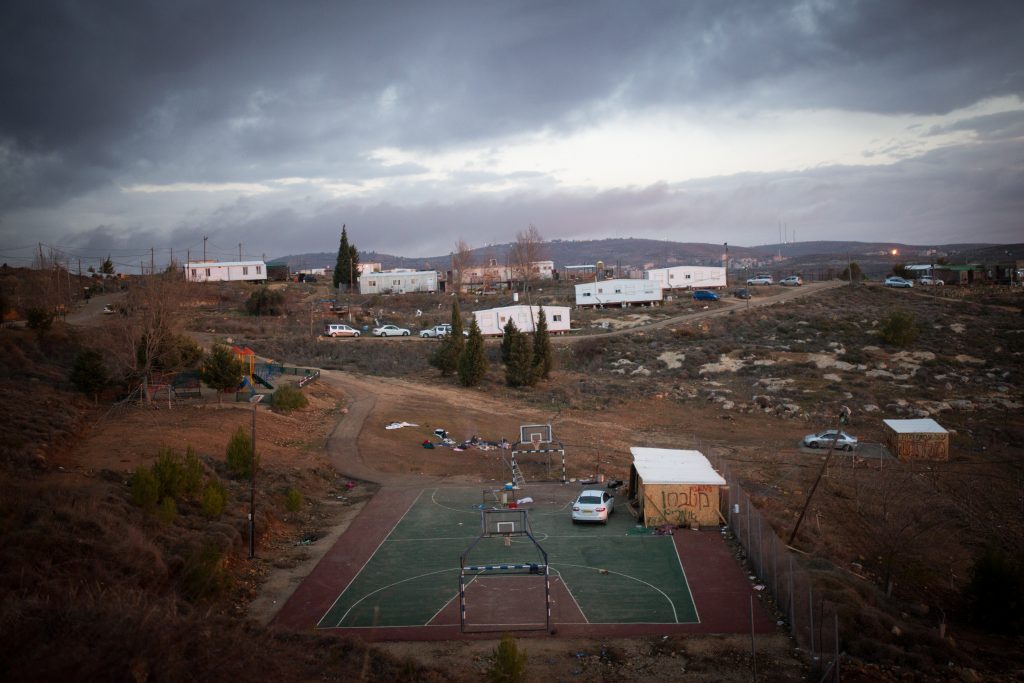 While Israeli Prime Minister Binyamin Netanyahu was lauding his coalition members and the residents of Amona for reaching a compromise that avoids an ugly forced evacuation of the outpost, the leftist NGO Yesh Din filed a claim that the nearby relocation site is also Palestinian-owned and therefore no solution to the crisis.

Yesh Din declared to the Custodian of Absentee Property on Monday that Plot 38, designated for temporary shelter for the Amona families while permanent housing is being built, is almost entirely the property of Palestinians and was in use until 1997, The Jerusalem Post reported on Tuesday.

Since the custodian is subordinate to Attorney-General Avichai Mandelblit, it is the latter who will ultimately have to decide the matter.

Meanwhile, preparations for a peaceful move went forward. The state sent a team of infrastructure and security experts on Monday to Amona to commence planning for transfer of the population to the nearby place on the same hilltop.

To gain time for the move, the state is expected to ask the High Court to delay the December 25 demolition deadline for a month.
Other objections were also heard from the Israeli left in response to the compromise deal.

MK Stav Shaffir (Zionist Camp) railed against the cost of the evacuation, in particular a 1-million shekel grant to each of the 24 families.

“If they truly love Israel, they should not take a shekel of what was offered them … and they would be appalled by the thought that because of them, funding to weak, sick and disabled people will be cut,” she said in an online posting.