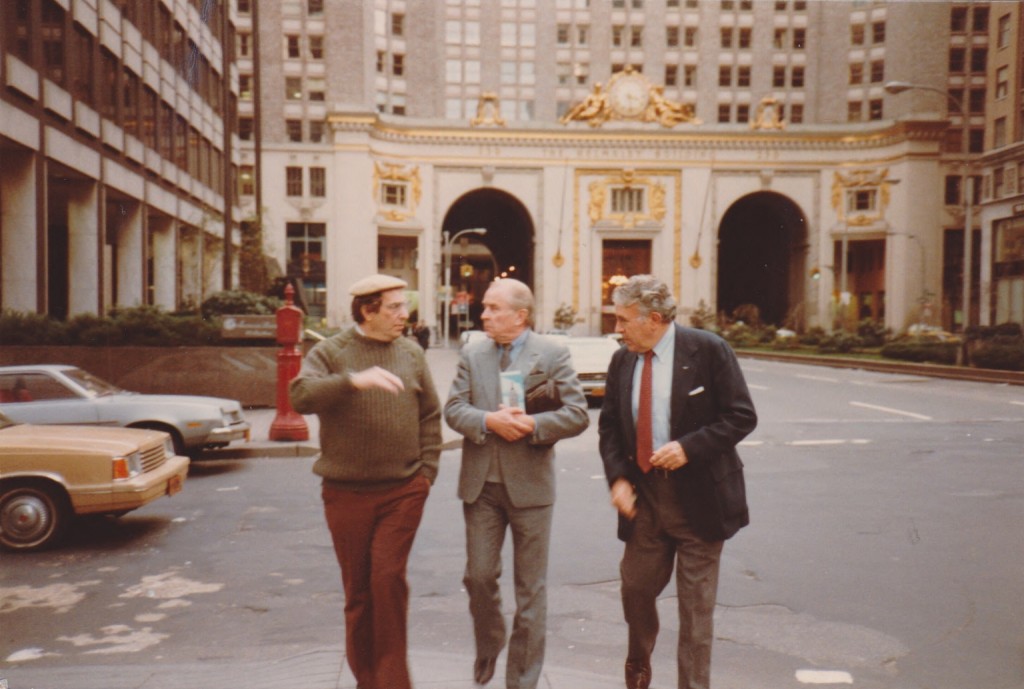 Jewish history is replete with figures high in the echelons of government who, for a variety of reasons, became dependable friends of the Jewish community, unafraid to use their clout in times of need. In the United States, too, though largely safe from the blood libels of the past, Jews have been fortunate to find individuals to whom they were able to turn for assistance in navigating the canals of statesmanship and diplomacy. One such figure was Congressman Benjamin Gilman, himself the son of German Jewish immigrants, a long-time fixture in New York State and American politics, who passed away this week.

First as a state assemblyman whose district included Monsey and New Square, and later as a member of Congress (where he eventually rose to serve as chairman of the International Relations Committee, now known as the Foreign Relations Committee), he enjoyed a close relationship with several leading askanim of the day and was influential in addressing a wide range of challenges facing the community.

“The word ‘no’ was not in his dictionary,” he told Hamodia. “Ben Gilman had a real feeling that ‘This is my people’ and he wasn’t embarrassed to do whatever he could to help them. I took him many times to the Satmar Rebbe, the Skverer Rebbe, the Skulener Rebbe, the Lubavitcher Rebbe, and others. It wasn’t only at election time. He listened carefully to what they said and felt a real bond.”

On one occasion, Rabbi Gluck, who was then working in the office of New York City Mayor John Lindsay, was called on by the Skulener Rebbe, Harav Eliezer Zusia Portugal, zy”a, to help free 100 Jews who had been imprisoned in communist Romania on a list of minor and largely trumped-up charges. With the help of Lindsay and Gilman, both of whom had entrée to then-President Nixon and Secretary of State Henry Kissinger, treatment of “refuseniks” was made a high priority in ongoing talks with the Romanian government. Within a few months, the 100 imprisoned Jews had not only been freed but sent by ship to Eretz Yisrael.

On a subsequent occasion, when 400 more Jews found themselves in a Romanian prison under similar circumstances, Rep. Gilman worked with Senator Alfonse D’Amato to cancel the country’s “most favored nation” status; it was not renewed until after the group had been released.

The Commission for the Protection of U.S. Heritage Abroad, a government office largely dedicated to the preservation of Jewish cemeteries in Eastern Europe, was created and steadily kept funded, thanks in no small part to Rep. Gilman’s sympathy for the cause.

“He was there when we needed him,” said Rabbi Gluck. “When the head of the Foreign Relations Committee calls an ambassador, they jump; and he made those calls for us many a time.”

In the 1970s, weather conditions rendered much of the American-grown wheat used for matzos unusable, according to several Rabbanim.

“We spoke to Gilman about raising the quota so that we could bring wheat in from Eretz Yisrael. He said that he wouldn’t bother doing it for less than 250,000 tons, and he and [Senator Jacob] Javits put in a bill that did just that,” said Rabbi Gluck.

Rep. Gilman was also a reliable address for countless individuals in need. Reb Dovid Shmiddel was an activist often arrested by Israeli authorities for his efforts in prevent ing the desecration of graves.

“Whenever we got a call that Shmiddel was in jail, Ben Gilman would call the Israeli Foreign Ministry and tell them that for as long as Shmiddel has to be in prison, he should sit in the warden’s office and learn. The Israelis understood how much they needed his help on the committee, and they listened,” said Rabbi Gluck.

Among his many connections to the Orthodox community, Rep. Gilman’s friendship and political-diplomatic partnership with Rabbi Ronnie Greenwald, z”l, who passed away a little under a year ago, was in a class of its own.

“When my father and Ben were together, they always looked relaxed and at peace. They were such good friends and deep down they both really loved people, cared about other Jews and were willing to do whatever they could to help somebody,” Yisrael Greenwald, one of Rabbi Greenwald’s sons, told Hamodia.

Rabbi Greenwald and Rep. Gilman first crossed paths when the former ran election campaigns in the Jewish community for President Richard Nixon and New York Governor Nelson Rockefeller. Although they worked together for many years on a variety of issues, most prominent was their team effort to arrange spy swaps, which eventually led to the release of Natan Sharansky, Miron Marcus (an Israeli national who was captured by the then-communist government of Mozambique) and several others.

In the Mozambique affair, it was Rep. Gilman who worked with the State Department and others in the U.S. to determine who could be exchanged for Marcus. Ultimately, the exchange was arranged to take place on April 10, 1978, which that year was on Pesach. Harav Moshe Feinstein, zt”l, told Rabbi Greenwald that due to the dangers Marcus faced, the mitzvah of pidyon shevuyim permitted him to travel on Yom Tov in order to secure his release.

“They [Rep. Gilman and Rabbi Greenwald] spent the first seder in Johannesburg and my father made Ben say the Mah Nishtanah, which he probably had not done for 40 years,” said Yisrael Greenwald. “My father said that when they went to the border for the swap, they literally had guns pointed at them the whole time, but they weren’t afraid. They always did what they felt was right.”

Efforts to free Sharansky took several years, finally culminating in his release in 1986. This was largely the work of Rep. Gilman, Rabbi Greenwald and East German spymaster Wolfgang Vogel, who had also been involved in the Marcus incident and several other similar intrigues.

“My father was the dreamer and Gilman was his ready and willing partner,” said Yisrael Greenwald. “I have a lot of very warm memories of them together. He was a great friend to my father and Klal Yisrael, and together they made a true kiddush Hashem.”