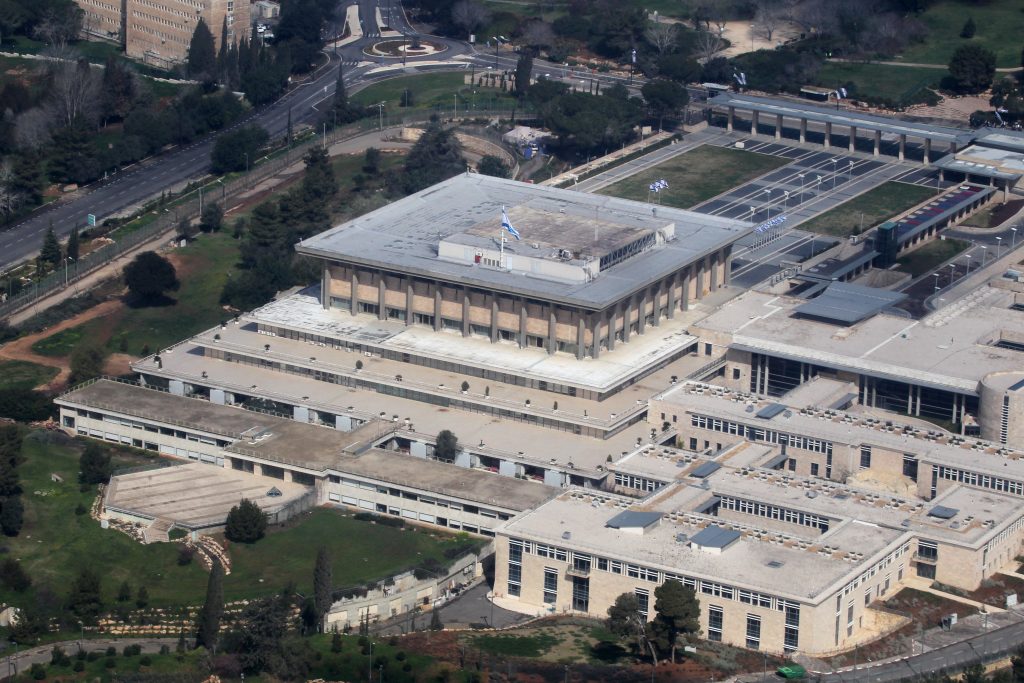 A leading Israeli think tank on Monday said it has found that Israelis are increasingly losing faith in their government and most Israeli public institutions — findings that mirror the global trend of dissatisfaction and cynicism that helped propel Britain’s exit from the European Union and the victory of President-elect Donald Trump.

The Israel Democracy Institute also found a continuing nationalistic streak among the country’s Jewish majority, with more than half of respondents in a nationwide survey opposed to allowing Arab political parties into the governing coalition.

Tamar Hermann, an Israeli professor who led the research, said the study found a “value shift” away from Israel’s traditional liberal democratic roots that should concern its leadership.

“Israelis are shifting away from the cosmopolitan point of view to a more communitarian, nationalistic, ethnic, religious point of view, much like is happening in other countries,” said Hermann, academic director of the Guttman Center for Public Opinion and Policy Research, which compiles the annual Israeli Democracy Index.

The study found a “significant drop” in the public’s trust in Israeli political institutions.

President Reuven Rivlin said the findings were troubling and required national soul searching, adding that “at this moment of trial for democracies, we have to make an effort so that our democracy will be vital, strong and committed to all its citizens.”

The only institution that maintained its strong standing was the IDF, which is trusted by 90 percent of the Jewish public and 82 percent when the Arab minority is factored in.

While Hermann cited “global trends” for the sentiments in the poll, Israel has been undergoing its own process of rising nationalism in recent years, driven by failed peace efforts with the Palestinians, a yearlong wave of violence in Israel, three wars against the Hamas terror group in Gaza and the growing political power of ideologically motivated residents of Yehudah and Shomron in the government.

The survey, for example, found that 71 percent of Jewish respondents believe that human rights groups, which have been harshly criticized by Prime Minister Binyamin Netanyahu’s coalition, cause damage to the state. That was up from 56 percent a year earlier.

Likewise, it found that 59 percent of Jews oppose having Arab parties as part of governing coalitions, and 52.5 percent of Jews believe that those who refuse to accept Israel as the state of the Jewish people should be stripped of their right to vote.

Hermann said that Netanyahu should be “very worried” about the shrinking level of public trust in the government, but that overall he might be pleased by the growing nationalist tide in the country. “He’s not going to cry over the result,” she said.

The Guttman Center is a division of the Israel Democracy Institute, an independent nonpartisan think tank. The survey interviewed 1,531 adults, broken down between Jewish and Arab respondents, last May and had a margin of error of 2.9 percentage points for the Jewish sample, and 6.6 points for its smaller Arab sample.

The survey included some bright spots, including a widespread consensus that Israeli democracy must be maintained and high support for freedom of speech.

The survey also included comparisons with other countries, finding it average or above average in many key areas, such as freedom of the press and civil liberties. Israel ranked very high in political participation, and near the bottom in a measure of political stability and absence of violence.

Yochanan Plesner, president of the Israel Democracy Institute, urged the country’s leaders to learn from the data.

“While there is overwhelming support for the notion of democracy, the democratic brand is still very strong. But the understanding or interpretation of what democracy is all about in some respects is extremely thin and requires immediate action,” he said.