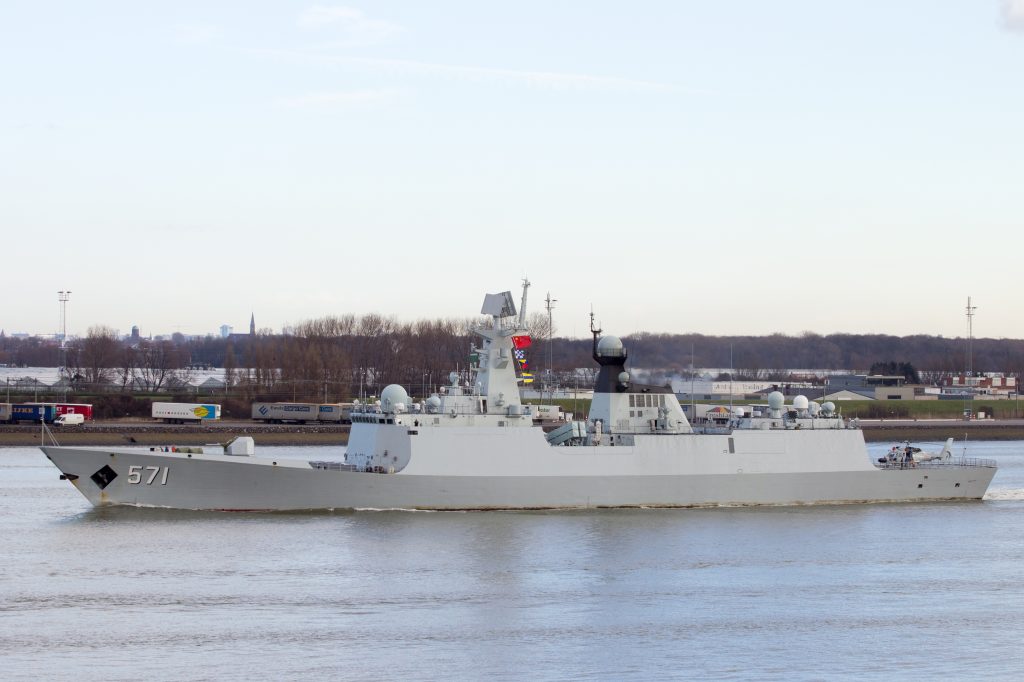 The Chinese and U.S. militaries are having “unimpeded” talks about the return of U.S. underwater drone taken by a Chinese naval vessel in the South China Sea last week, China’s foreign ministry said on Monday.

The drone, known as an unmanned underwater vehicle (UUV), was taken on Thursday in waters off the coast of the Philippines, the first seizure of its kind in recent memory.

President-elect Donald Trump, who has vowed to take a more aggressive approach in dealing with China over its economic and military policies, jumped on the unusual seizure with a pair of provocative tweets, accusing Beijing of stealing the equipment.

The Pentagon went public with its complaint about the incident and said on Saturday it had secured a deal to get the drone back.

Chinese foreign ministry spokeswoman Hua Chunying said the she believed the U.S. drone issue will be appropriately handled. China’s defense ministry had earlier accused Washington of hyping up the issue.

China is deeply suspicious of any U.S. military activities in the resource-rich South China Sea, with state media and experts saying the use of the drone was likely part of U.S. surveillance efforts in the disputed waterway.

The overseas edition of the ruling Communist Party’s People’s Daily said in a commentary on Monday the USNS Bowditch, which was operating the drone, was a “serial offender” when it came to spying operations against China.

“The downplaying of the actions of the drone cannot cover up the real intentions in the background,” it said. “This drone which floated to the surface in the South China Sea is the tip of the iceberg of U.S. military strategy, including towards China.”

The drone, which the Pentagon said was operating lawfully was collecting data about the salinity, temperature and clarity of the water about 50 nautical miles northwest of Subic Bay, off the Philippines.

The USNS Bowditch is an “infamous” military reconnaissance ship that has been surveying China’s coastal waters since 2002, said Ma Gang, a professor at the People’s Liberation Army National Defense University, told the official China Daily.

“Oceanic data is crucial for ship formations, submarine routes and battle planning,” Ma said. “Therefore, it is normal for the Chinese Navy to be suspicious of Bowditch’s activities given past experience.”

According to Chinese state media, the same ship was involved in incidents in 2001 and 2002 when it was shadowed by Chinese navy ships while operating in the Yellow Sea. Chinese media say it has also operated in the sensitive Taiwan Straits.

Ni Lexiong, a naval expert at Shanghai University of Political Science and Law, told Reuters he believed the Chinese navy probably had orders to take the drone.

But Ni said this is a very different incident from the 2001 intercept of a U.S. spy plane by a Chinese fighter jet that resulted in a collision that killed the Chinese pilot and forced the American plane to make an emergency landing at a base on Hainan.

“This is a much smaller incident, it won’t affect the overall picture of China-U.S. relations,” he said, adding that he did not expect China to seek an apology from the U.S.

The 24 U.S. air crew members were held for 11 days until Washington apologized for the incident. That encounter soured U.S.-Chinese relations in the early days of President George W. Bush’s first administration.