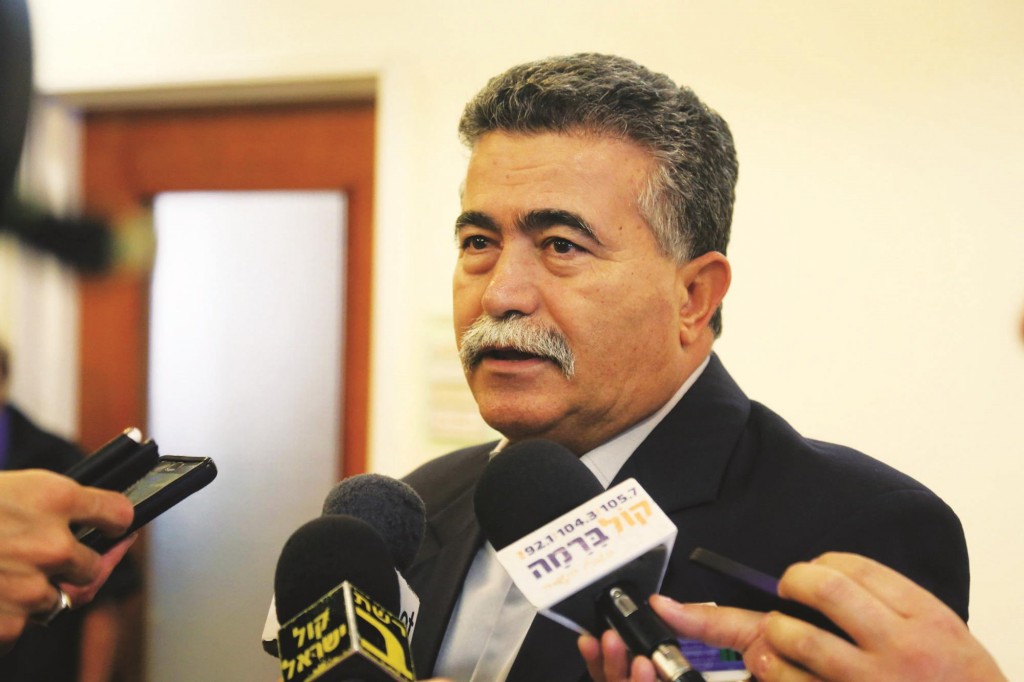 MK Amir Peretz officially threw his hat into the ring for leadership of Zionist Camp Monday, as he announced that he would take on current chairman Yitzchak Herzog for chairmanship of the party. Herzog said he welcomed Peretz’s move, saying he was a “worthy” candidate.

Peretz, who is identified with the left flank of the left-leaning Zionist Camp, said at a press conference that he “believes with full faith that I am the only candidate who can bring new groups of voters to the party and add the mandates we need to grow our camp. I have the experience and ability to lead Israeli society to an internal healing.”

Peretz has been here before; in 2005, he beat Shimon Peres and Binyamin Ben-Eliezer for chairmanship of the party, but by 2007, he was third on the list of top Labor MKs, behind Ehud Barak and Ami Ayalon. In 2011, he lost leadership of the party to MK Shelly Yachimovich, who went on to be trounced in the 2013 Knesset elections by Binyamin Netanyahu. In response, Peretz jumped to Tzippy Livni’s Hatnua, only to return to Zionist Camp in 2015.

“I cannot sit back and watch what is going on in Israel,” Peretz said. “As a result, I have decided to run for leadership of Labor, in the hope that I can lead the party to beat out Netanyahu and change the government.” As far as Herzog was concerned, Peretz said that he was “one of the best public servants in the Knesset. His achievements in the current Knesset were very good; we are just missing out on the six or seven mandates needed to achieve the revolution we are seeking.”

The question of Peretz’s declaration has been a matter of much debate within the party in recent weeks, with many MKs and Zionist Camp members saying that Peretz did not deserve to be party chairman because of his disloyalty in joining Livni’s party. “I have made mistakes,” Peretz said. “I am proud of the ideological struggles I have been involved in, but I could have done without some of the personal struggles. But I have never undertaken a political activity for personal reasons. Leaving Labor after I lost to Yachimovich was not the smartest thing to do. I see it now as a mistake.”

Although some analysts said that Peretz would be a long shot for party chairmanship because he left Labor, some have said he is one of the better positioned politicians in the party for the job. Peretz, who is of Moroccan background, was mayor of Sderot and then chairman of the Histadrut, and is identified by many as a “man of the people” — the “people” being Sephardic working-class Israelis. In addition, he served as defense minister in 2006–7, and is credited with pushing for the Iron Dome missile defense project, giving him strong credibility among members of the defense community. On the other hand, he was an architect and heavy promoter of the Oslo Accords, which many even on the left have abandoned as unworkable.