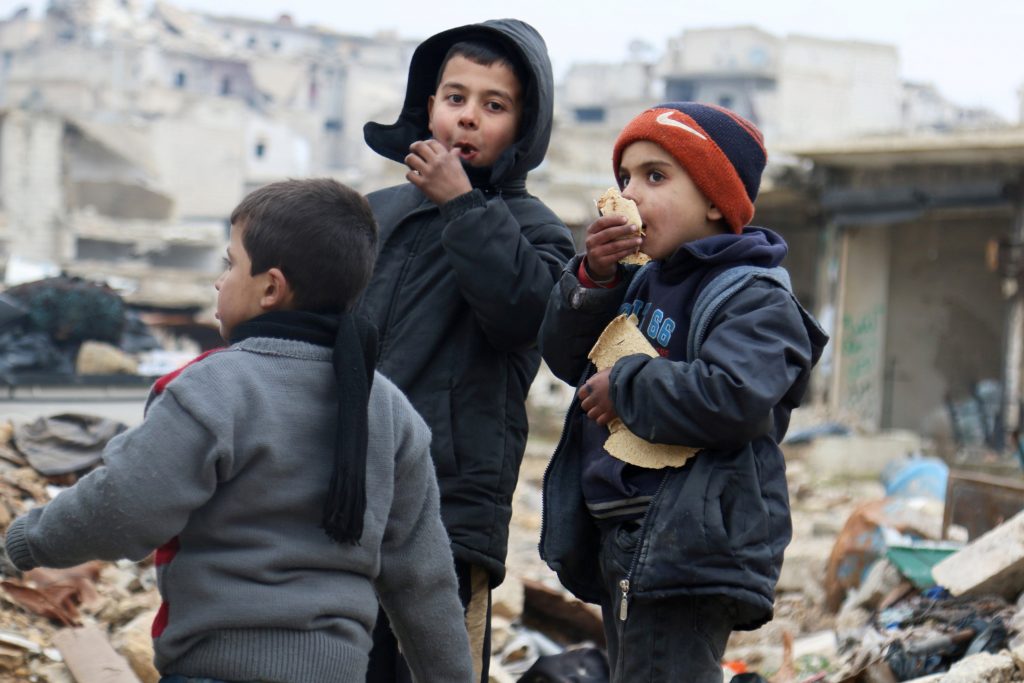 Thousands more people were evacuated from what remained of a devastated rebel enclave in the Syrian city of Aleppo on Monday, as the U.N. Security Council agreed to send international observers to monitor the exit routes.

Attempts to bus civilians and fighters out of Aleppo’s eastern districts have repeatedly broken down since a deal was reached last week — brokered by Russia and Turkey — to evacuate what was once the largest rebel stronghold.

On Monday, the process finally ran smoothly, as buses shuttled residents toward the western countryside, where aid workers greeted them. Many were exhausted and distressed after a nightmarish journey.

About 5,000 people had been bused out since midnight, according to the International Committee of the Red Cross, bringing the total number of evacuees to 15,000. Buses were expected to run through the night.

Their passage marks the effective surrender of forces opposing Syrian President Bashar al-Assad in Aleppo, and a major victory for the government and its allies, including Russia.

Meanwhile, in Ankara, the Turkish capital, an attacker decrying the violence in Syria shot and killed Russia’s ambassador, Andrei Karlov, at a photo exhibit. Several people were wounded, and Russian officials said the gunman was later killed. There was no immediate claim of responsibility.

At the United Nations, the Security Council voted to deploy international observers to monitor the evacuation routes in Aleppo, ending months of deadlock over the fate of the city as government forces closed in.

France’s envoy to the Security Council said he hoped the resolution would prevent Aleppo from turning into another Srebrenica, where thousands of Bosnian men and boys were massacred in 1995 as the town fell to Serb forces. But the text of the resolution allowed five days for the observers to arrive, suggesting that the mission may not get off the ground until the evacuation is complete.

Abuses have been reported, including house-to-house executions and the holding-up of a bus packed with evacuees on Friday during which witnesses say some men were robbed and even killed.

Many of those who left eastern Aleppo on Monday had spent the night trapped on their buses – freezing, and without food, water or bathroom access – after Islamist rebels almost scuttled the broader evacuation deal by torching vehicles sent to rescue the wounded from a government-held area in neighboring Idlib province.

It was just the latest flare-up to force a temporary breakdown in the evacuations.

The area has seen some of the fiercest fighting of Syria’s war. For much of it, Aleppo’s eastern districts had been the armed opposition’s most important stronghold. Pro-government forces now have them pinned into a sliver of territory as international powers negotiate the terms under which they leave.

Thousands of people remain camped out in what is left of the rebels’ Aleppo enclave — its streets shattered beyond recognition by shelling.

Photographs from the area on Sunday night showed fires on the streets as residents tried to keep warm. Temperatures drop below freezing at night, and many people are sleeping on sidewalks and in abandoned buildings.

Several residents disembarking from the evacuation buses in the early hours of Monday were bundled up in coats. Many were exhausted, frustrated and in tears, said Ahmad Dbis, a doctor coordinating a team welcoming the evacuees.

“These people came out of …., but they are indignant at their treatment,” Dbis said. “They keep asking why people didn’t help them in Aleppo.”

Rami Zein, a journalist who was traveling on one of the buses that was grounded overnight, described a “hard 24 hours.”

“There were a lot of tensions with all the soldiers around, and we were really scared that something bad would happen. But thank G-d we have made it.”

Among the evacuees was Bana al-Abed, a 7-year-old girl whose plight has been documented on a family-run Twitter account. In an image posted Monday morning, the child was seen in the arms of an aid worker, beaming out from below a thick woolly hat.

The U.N. children’s agency said Monday that 47 children had arrived safely from an orphanage, some of them in critical condition because of injuries or dehydration.

As an addendum to the Aleppo evacuation deal, 10 buses carried civilians away from two Shiite villages long besieged by rebels – Fouaa and Kefraya in Idlib – on Monday morning, according to the Britain-based Syrian Observatory for Human Rights and the pan-Arab Mayadeen tv station.

The Syrian government, with its Iranian and Russian allies, has overseen what it describes as reconciliation deals for rebel fighters across the country, ending in the withdrawal of terrorists, usually to Idlib. This has often been preceded by a combination of bombardment and crippling sieges to force the area’s surrender.