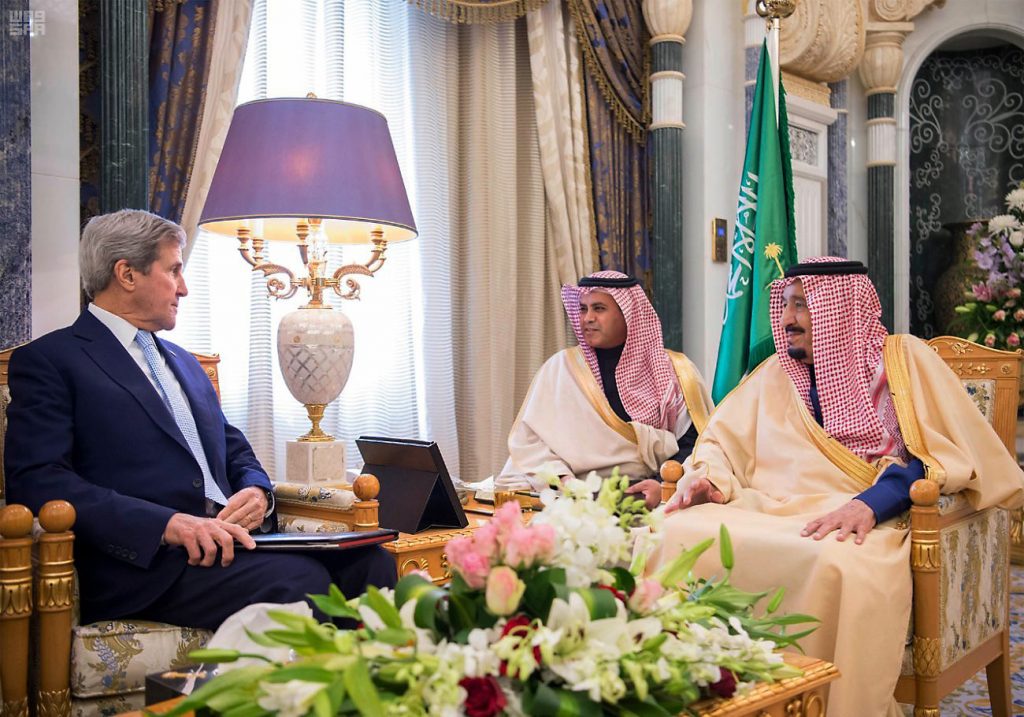 Secretary of State John Kerry has met with Saudi King Salman, in what likely will be his last visit as America’s top diplomat.

Kerry met with the king and other royalty Sunday at a palace in Riyadh, the Saudi capital.

The state-run Saudi Press Agency said the two discussed regional issues. Ahead of the trip, the State Department said Kerry would discuss the war in Yemen and stalled peace efforts to end the conflict.

A Saudi-led coalition of mostly Gulf Arab nations launched a campaign in March 2015 against the rebels. Their offensive has included punishing airstrikes that have caused civilian casualties, leading to the Obama administration halting some arms sales.