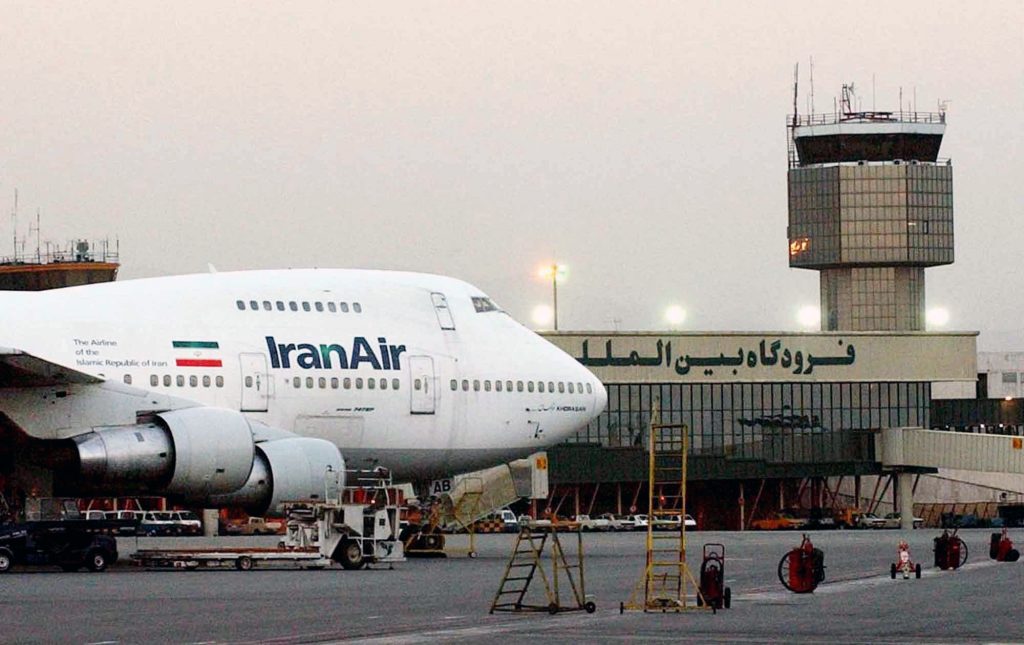 In papers filed last Thursday in the Northern District of Illinois court, the Shurat Hadin-Israel Law Center organization said it was seeking a lien against Boeing until the damages against Iran are recovered.

“We are going to seize all 100 airplanes,” said Nitsana Darshan-Leitner, the group’s director. “If Boeing thinks it will simply sell to Iran Air, which is 60 percent owned by the Iranian government, and pretend it is providing some sort of humanitarian civilian aid to a non-governmental entity, we will reveal the truth.”

Boeing did not immediately respond to requests for comment.

Darshan-Leitner has represented attack victims in dozens of lawsuits in American courts. She said 10 rulings in her favor have ordered Iran to pay victims some $2 billion in compensation. Thus far, she says she has been able to collect about $200 million in seized Iranian bank accounts and assets on American soil.

Her organization represents families who are relatives of American victims of attacks perpetrated from 1995 to 2006 by Iran-backed groups like the Lebanese Hezbollah and the Palestinian Hamas and Islamic Jihad. Last year, the group filed to block the release of $100 billion in frozen Iranian assets in the United States following the U.S.-led nuclear deal with Tehran.

Shurat Hadin is known for suing states such as Iran and Syria, as well as the Palestinians, on behalf of attack victims’ families, aiming to cause these governments bad publicity even if it can’t get them to pay.

Matthew Levitt, director of the counterterrorism program at The Washington Institute for Near East Policy, said “these cases can be very impactful, both in terms of creating a legal record of Iran’s support for terrorism and in terms of providing closure and financial compensation to the victims and their families.”

“Collection can be challenging,” he added. “But law firms have had much success in finding Iranian assets and making claims on them.”

Iran Air’s deal for 80 jetliners is the biggest agreement Iran has struck with an American company since the 1979 revolution and U.S. Embassy takeover.

Last September, Washington granted permission to Boeing and the European consortium Airbus to sell billions of dollars’ worth of aircraft to Iran. Airbus needed U.S. approval because at least 10 percent of its planes’ components are of American origin.

Boeing said it worked closely with the U.S. government throughout the deal-making process and will continue to “follow all license requirements” stating that the Iran Air deal “will support tens of thousands of U.S. jobs.”

“If an American company like Boeing is going to profit from multi-billion-dollar business ventures with Iran, at least the terror victims will seize whatever Iranian assets are produced as a byproduct of the deal,” said Darshan-Leitner, saying there are almost $43 billion in unsatisfied American judgments against Iran overall. “Iran should not get the benefit of any new aircraft or airplane parts while the victims of its horrible crimes are forgotten.”