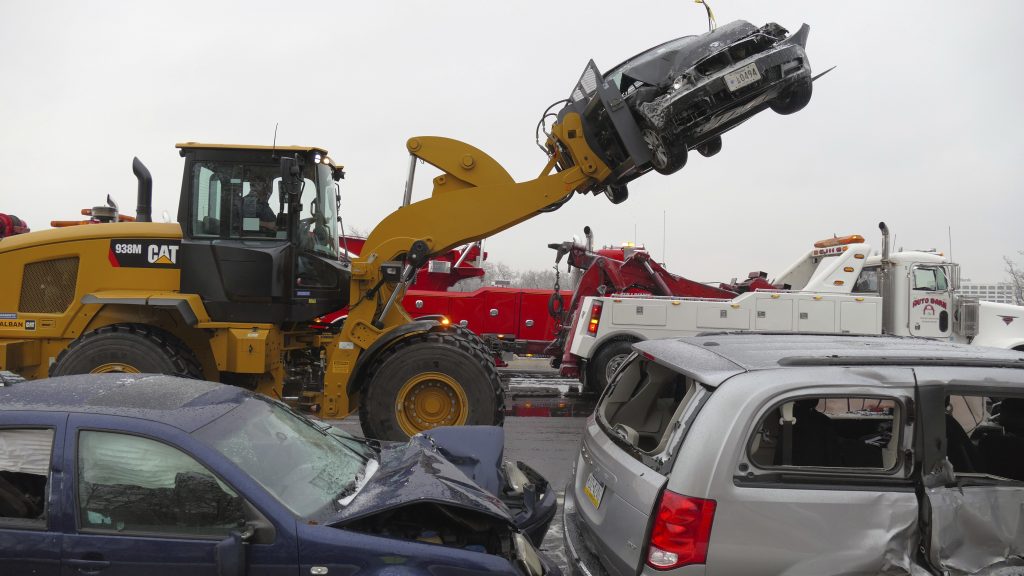 Temperatures in the nation’s midsection and on the East Coast warmed up on Sunday after a bitterly cold few days.

A warm front passing through the region pushed temperatures into the mid-to upper 40s in New York, the National Weather Service said.

“Temperatures have soared into the 40s,” meteorologist Jay Engle said. “Milder air is with us today but today only.”

The temperature will take a slight dip Sunday night into Monday, but it won’t be as cold as it has been across much of the country, Engle said. The last few days have been more than 10 degrees below normal in many areas for this time of year, he said.

Over the last few days, the nation’s midsection and East Coast were hammered by a winter storm bearing snow, freezing rain and often bone-chilling temperatures.

Snow and freezing rain spawned a multitude of highway accidents, some serious. At least nine deaths were blamed on the slick roads. Authorities were investigating other traffic fatalities as possibly weather-related.

A tanker carrying gasoline skidded off a highway in Baltimore on Saturday and exploded. Two people died in the nearly 70-vehicle pileup on Interstate 95, authorities said. Baltimore fire Chief Roman Clark said it was too early to determine the cause of the crash.

It was unclear whether the pileup started before the tanker crash or was caused by it. The northbound lanes of I-95 were closed while crews cleaned up the mess.

There were dozens of crashes in Indiana — two of them with fatalities — due to freezing rain and ice. The roads were so slick that authorities had to move motorists stranded on an overpass with a ladder.

In Ohio, a Columbus woman died Saturday when her car skidded off a slick road, authorities said.

In Virginia, a Fairfax County firetruck slid off an icy road while responding to a crash, but no one was injured.

In North Carolina, police and emergency workers reported more than 100 crashes in Raleigh and Charlotte as the drizzle combined with temperatures below freezing to create dangerous icy patches.