World FOCUS: Idlib Likely to Be Syria’s Next Bloody Theater After Aleppo
World 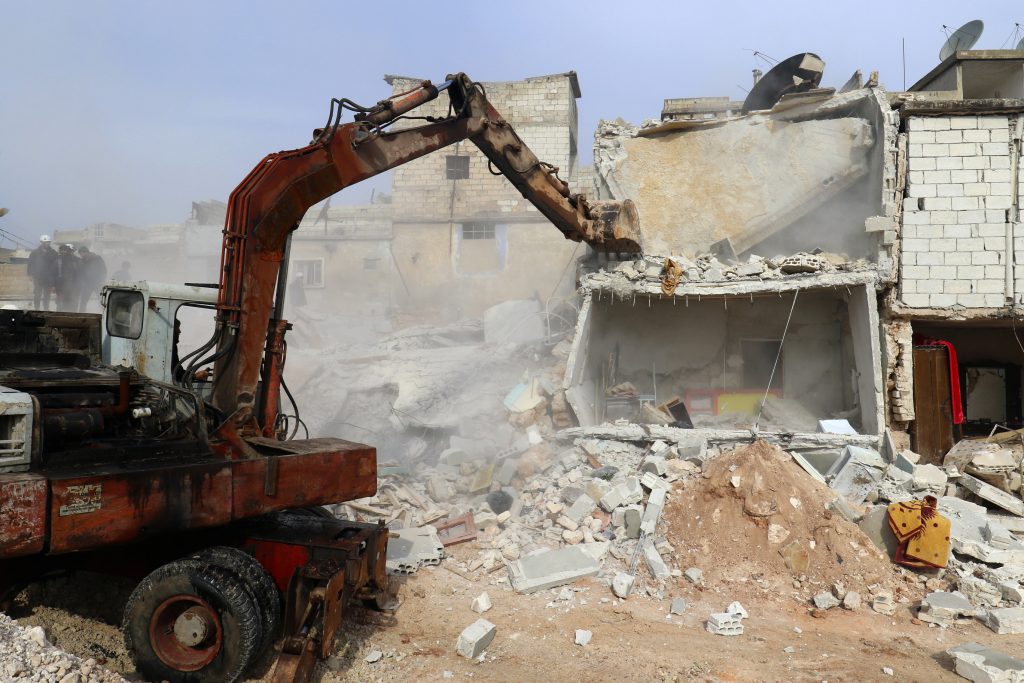 The battle for Aleppo has gripped the world, but it is hardly the only active front across war-torn Syria. One of the next targets for the forces of Syrian President Bashar Assad will probably be the heartland of rebel territory, the neighboring province of Idlib.

The province west of Aleppo is a stronghold of al-Qaida’s Syria affiliate and is now also packed with tens of thousands of rebels, many of them evacuated from other parts of the country, making it likely to be an even more bloody theater than Aleppo.

Idlib has direct links to the Turkish border, and is located only a few miles north of Hama, a central province and key point for defending Assad’s coastal strongholds and nearby Russian military bases.

Asked where he will turn to next, Assad has suggested his first priority, after fortifying the area around Aleppo city, would be Idlib.

“Identifying which city comes next depends on which city contains the largest number of terrorists and which city provides other countries with the opportunity to support them logistically,” he told Russian media outlets in an interview in Damascus last week.

“Currently, there are direct links between Aleppo and Idlib because of the presence of Jabhat al-Nusra inside and on the outskirts of Aleppo and in Idlib,” he said, a reference to the al-Qaida affiliate, formerly known as the Nusra Front, now the Fatah al-Sham Front. He added that the decision about what comes next will be made through discussions with his Russian and Iranian allies.

The government’s loss of Jisr al-Shughour, in the westernmost corner of the province, and with it the whole of Idlib province, in the summer of 2015 was what prompted Russia to intervene to shore up Assad’s forces, eventually turning the war’s momentum back in his favor.

For the past two years, as Assad pursued a policy of siege and local truces to force surrenders, thousands of rebels and opposition supporters have been deported to Idlib — a forced exile that many see as a calculated attempt to gather the fighters in one location where they can later be eliminated.

The province has welcomed thousands of Islamic terrorists — with varying degrees of extremist ideology — who have converged along with their families from the central city of Homs and the suburbs of Damascus, after capitulating to government forces.

It has become a common sight: Men receiving a hero’s welcome as they step off the green buses in Idlib with guns slung over their shoulders, having been forced to leave besieged and bombarded towns and cities.

“The government wants to prepare people, psychologically, for the idea that Idlib is the Kandahar of Syria,” said Ibrahim Hamidi, a journalist who covers Syrian affairs for the Saudi-owned newspaper Al Hayat.

He was referring to Kandahar province in Afghanistan, the base of the Taliban’s 1996-2001 government. He said the presence of so many Islamic terrorists would make it easier for the government and its allies to later justify a massive assault.

The province has the most powerful concentration of rebels. According to the Institute for the Study of War, it boasts more than 50,000 terrorists regrouped under the umbrella organization Jaish al-Fatah, or Army of Conquest, which is led by the al-Qaida affiliate.

Using Idlib as a launching pad, the group briefly broke the government’s siege of eastern Aleppo in August.

Idlib is one of the few regions in Syria where the Islamic State terror group and the government have no presence, save for two small government-controlled Shiite-majority villages. The province borders Turkey, a key sponsor of Syrian rebels, and the coastal province of Latakia, a government stronghold.

Access to the Turkish border means virtually everything is available in Idlib — including weapons and other supplies.

Yezid Sayigh, a senior fellow at the Carnegie Middle East Center in Beirut, said a major point in the Idlib battle will be the role that Turkey will play, since the opposition survives on continuous replenishment of supplies from Turkey.

He added that if Turkey decides for various reasons — perhaps as part of an understanding with Russia — to reduce that assistance, then the Turkish border with Idlib would become like the Jordanian border with Daraa, where the armed opposition has very little ability to take independent action or to survive in the long run.

Members of the opposition fear that government and Russian warplanes will eventually carpet bomb Idlib under the pretext that it is a stronghold of al-Qaida-linked terrorists. The Fatah al-Sham Front’s leadership is based there, perhaps making Western powers more inclined to turn a blind eye to a massive military campaign targeting the province.

Since July 2015, U.S. aircraft have killed some of al-Qaida’s most senior figures in strikes on Idlib, including Kuwait-born Mohsen al-Fadli, Sanafi al-Nasr of Saudi Arabia and Ahmed Salama Mabrouk of Egypt, who was killed in early October. They belonged to what U.S. officials call the Khorasan group, which Washington describes as an internal branch of al-Qaida that plans attacks against Western interests.

“The regime wants Idlib to become another Raqqa,” said Hassan al-Dughaim, a Turkey-based Syrian preacher and researcher from Idlib, who lived there for most of his life until last year. The Syrian city of Raqqa is the de facto capital of the IS group’s self-styled caliphate. Idlib city serves a similar function for al-Qaida.

Al-Dughaim said the Syrian government hopes that the presence of so many terrorists from different groups will lead to infighting. But despite the steady flow of fighters such confrontations have been rare.

Faysal Itani, a resident fellow at the Atlantic Council, agrees. “By lumping the displaced hostile populations in with the extremists, you’ve basically confined the problem to one place,” he said. “Once that is done, the regime will go after it hard and no one will be able to make much of a fuss internationally.”