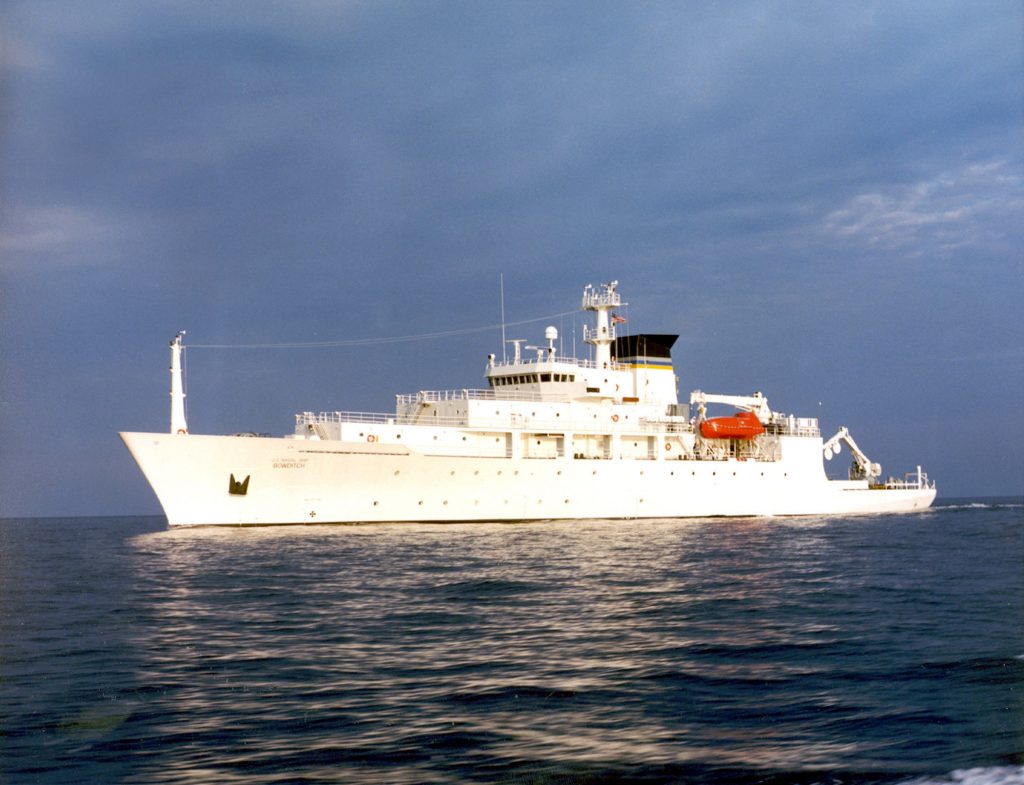 A top U.S. lawmaker said China may be poring over a seized underwater drone to unearth secret information about Navy technology, hours after President-elect Donald Trump suggested Beijing should “keep it.”

“The Chinese are able to do a thing called reverse-engineering, where they are able to, while they hold this drone, able to find out all of the technical information. And some of it is pretty valuable,” Senator John McCain, R-Ariz., said Sunday on CNN.

The comments by McCain, who leads the Senate Armed Services Committee, underscored the U.S. political tensions touched off by China’s decision to scoop up the submersible in international waters in the South China Sea. Assurances from China that the vessel would be returned failed to quiet U.S. critics — including Trump, who initially denounced the snatch-and-grab move and then reversed himself hours later.

Trump said on Twitter late Saturday that “We should tell China that we don’t want the drone they stole back — let them keep it!”

Asked about the tweet, Jason Miller, communications director for the Trump transition, said on Fox News Channel that China was likely to return “a chunk of metal and maybe a bag of wires” after holding the drone for several days.

McCain said China’s seizure was “a gross violation of international law,” echoing the U.S. response to the move and Trump’s initial blast via a tweet. The president-elect told his 17.5 million Twitter followers: “China steals United States Navy research drone in international waters — rips it out of water and takes it to China in unprecedented act.”

That broadside hit hours after the Chinese government said it had been in touch with the U.S. military about the Dec. 15 incident. The Pentagon said that China will return the vehicle after “direct engagement” between Washington and Beijing.

China’s ministry of defense pledged an “appropriate” return of the drone on its Weibo social media account, while also criticizing the U.S. for hyping the incident into a diplomatic row. It followed assurances from Beijing that the governments were working to resolve the spat.

The drone incident was disclosed by the Pentagon Friday. China’s ministry said the U.S. “hyped the case in public,” which it said wasn’t helpful in resolving the problem. The U.S. has “frequently” sent its vessels and aircrafts into the region, and China urges such activities to stop, the ministry said in its Weibo message.

The Defense Department said a Chinese naval ship unlawfully seized the small unmanned vehicle Thursday while the USNS Bowditch, a U.S. Navy survey ship, picked up the drone in a routine operation 50 nautical miles (93 kilometers) northwest of Subic Bay in the Philippines.

Typically the drones operate under their own power. The Chinese vessel was about 500 yards from the Bowditch when it launched a small vessel to retrieve the drone, according a Defense Department official who spoke on condition of anonymity because those details hadn’t been publicly released.

The tensions unleashed by the episode underscored the delicate state of relations between the two countries, weeks before Trump’s inauguration. Trump has threatened higher tariffs on Chinese products and questioned the U.S. approach to Taiwan, which Beijing considers part of its territory. Meanwhile, China is growing more assertive over its claims to disputed sections of the South China Sea.

“China is very sensitive about unmanned underwater vehicles because they can track our nuclear ballistic missile submarines fleet,” said retired Major General Xu Guangyu, a senior researcher at Beijing-based research group the China Arms Control and Disarmament Association. “If one from the Bowditch can be detected and even snatched by a Chinese naval ship, it shows it’s getting too close to the sensitive water areas.”