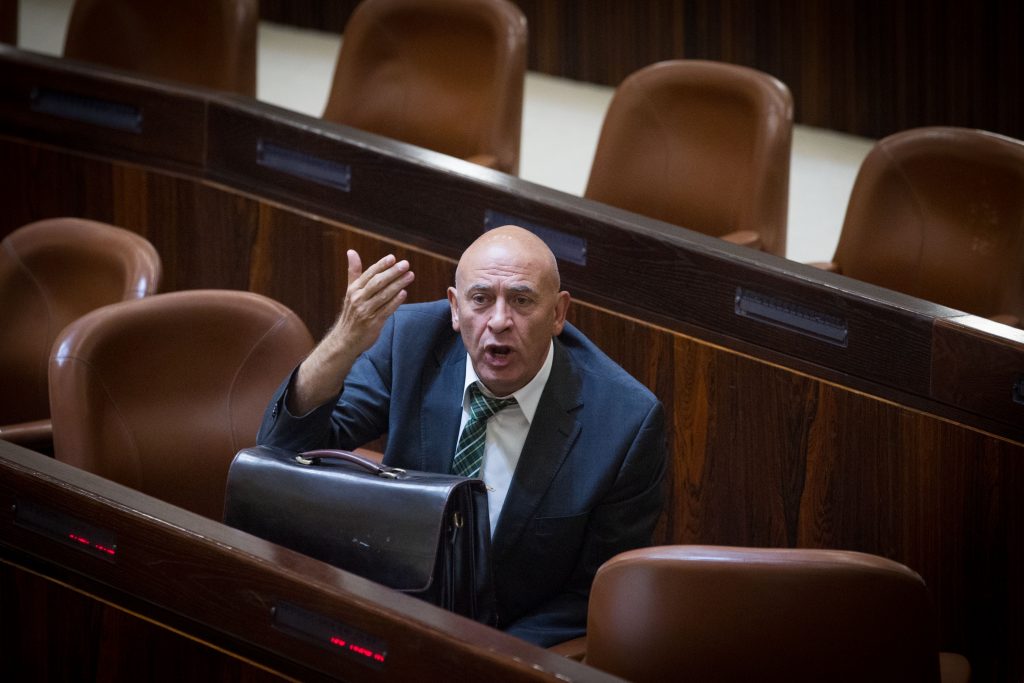 An Arab member of the Knesset has been summoned for questioning by the Shin Bet and Israel Police for allegedly smuggling cell phones to Palestinian terrorists in Israeli prisons.

Joint List MK Basel Ghattas rebuffed the charge as politically motivated, part of what he and his Balad faction (part of Joint List) have claimed is an ongoing effort to destroy their party.

MK Ghattas said on Sunday that “it is clear to us that the police have marked Balad and want to harm it politically. Balad has nothing to hide and neither do I, and as such, I will appear for questioning. Such attempts at intimidation will not break the spirit of Balad.

“Balad see the continuation of the investigations, their character and conduct as part of political persecution and a campaign to de-legitimize the activities of the party and damage its image in the Arab public. This has been the case with investigations into financial irregularities by the State Comptroller in which the police cruelly arrested 60 members of Balad, including the president and MK Jamal Zahalka and Hanin Zoabi. Remember that everyone was released from detention after being brought to court.”

Ghattas’ activities have helped provoke calls by right-wing Israeli politicians for the banning of his party from the Knesset as disloyal to the state. He was on a Gaza-bound flotilla from Sweden, and more recently, offended Israelis with his incendiary comments after Shimon Peres’ death, calling him a “tyrant … responsible for various atrocities and war crimes which he committed against us…”

Prime Minister Binyamin Netanyahu said, “If these suspicions against MK Ghattas are true, then this constitutes a serious offense against the security of the state and citizens of Israel. Whoever harms state security will be severely punished and will not be allowed to serve in the Knesset.”