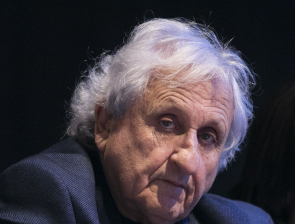 Israeli author A. B. Yehoshua, one of the most strident voices on the left advocating for the establishment of a Palestinian state, has had a change of heart – and now believes that the only fair solution for Yehudah and Shomron is annexation by Israel. “The two-state solution is now impossible,” Yehoshua is quoted as saying. “All my life I fought for it, but we have to look at reality and stop fooling ourselves. You are not going to evict 450,000 people from Area C.”

Yehoshua’s remarks were quoted in a column by veteran political reporter and opinion-maker Shalom Yerushalmi. Writing in Maariv, Yerushalmi quoted Yehoshua as saying that “the two- state solution is an impossible vision, and it is my obligation as an intellectual leftist to think of another solution. Even inside the green line, Israel is a binational state – 20 percent of the population is Arab. Despite the terror and the wars, we have created a workable model of coexistence.

“The Palestinians want a one-state solution, not just 22 percent of Palestine, despite their claims otherwise. That is why they keep dragging their feet,” Yehoshua told Yerushalmi. “They are not going anywhere.” Basically, Yehoshua said, Israel is stuck with the Palestinians, and just as it developed a way to live with them within Israel proper, it is going to have to do so in Yehudah and Shomron.

The Palestinians agreed to the Oslo Accords out of panic, said Yehoshua. “In 1988 Arafat saw the waves of Russian immigrants and got scared that there would be nothing left for the Palestinians, so he recognized Israel.” But it wasn’t really a sincere commitment – and hence the situation today. “This dispute has been going on for 140 years,” he added. “All of the negotiators in the world have tried to do something and failed. We cannot rely on the United States or Europe to impose order here. No one will be able to impose anything.”

Commenting on the interview, Likud MK Yehuda Glick said that it was “refreshing. Honest people on the left are beginning to admit that the option of a Palestinian state is a nonstarter, and that the only way to bring peace is the imposition of Israeli sovereignty in Yehudah and Shomron.”