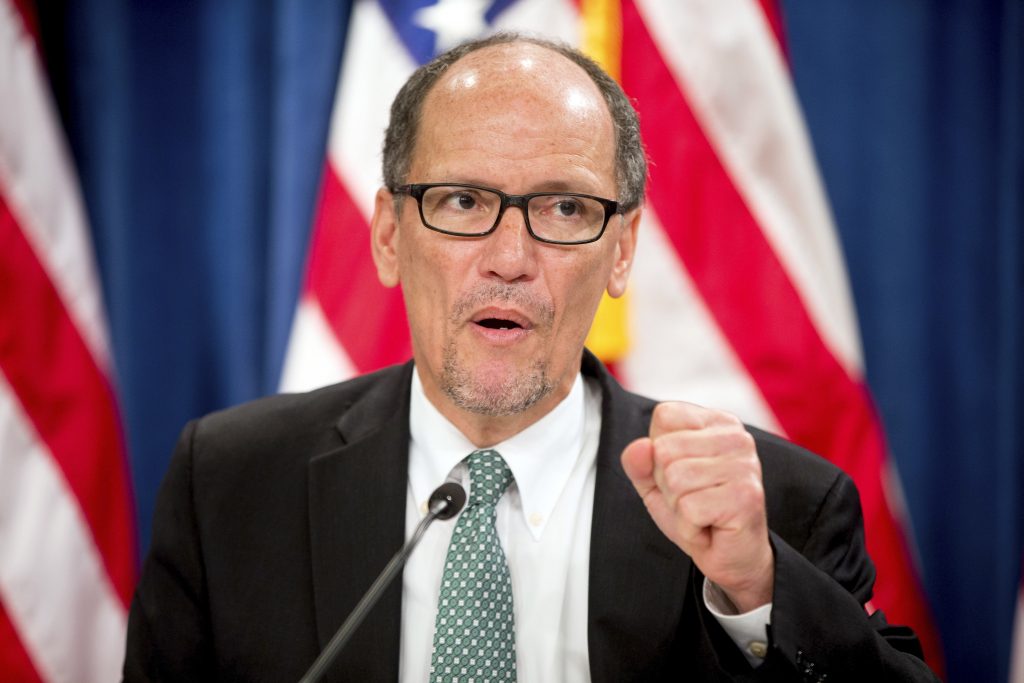 Labor Secretary Tom Perez officially announced his bid to head the Democratic National Committee on Thursday, casting himself as the candidate best able to speak to “the big tent” of a decimated and dispirited Democratic Party.

The Obama administration official, who was encouraged to run for the position by the White House, described an “atrophied” party apparatus and pledged to rebuild across the entire country — not just competitive swing states. He’s challenging front-runner Minnesota Rep. Keith Ellison, who attracted early support from top Democrats and labor unions but also drew criticism from some Jewish groups concerned about past remarks about Israel.

Perez, a Dominican-American who grew up in the Rust Belt, argued that he can represent the Democratic Party’s diversity and be an effective salesman for a liberal economic message that can engage the “big tent” of the party. A vocal backer of Hillary Clinton, Perez described himself as stunned by the election results and acknowledged that the party had failed to reach white, working-class voters during her campaign.

The entry of Perez into the race to rebuild the battered party may kick off a proxy fight between establishment Democrats and a more liberal wing seeking some significant changes in messaging.

Ellison is backed by incoming Senate Democratic leader Chuck Schumer of New York and Vermont Sen. Bernie Sanders. But he’s quietly opposed by the White House, which has spent several weeks speaking with Democratic donors and potential candidates to see who else might be persuaded to run, according to several Democrats familiar with the discussions.

White House aides say President Barack Obama is unlikely to formally endorse a candidate, though they offered warm praise for Perez on Thursday.

“It’s certainly true that President Obama thinks very highly of Secretary Perez,” said White House spokesman Josh Earnest. “He is somebody who has served at the Department of Labor for three or four years now, and he has been instrumental in advancing some executive actions of President Obama has prioritized.”

Ellison, who rolled out a series of new endorsements from state party chairs on Thursday, said he welcomed Perez to the race.

“I look forward to discussing how Democrats can speak to all Americans, harness the grassroots to turn out the vote, and strengthen our state and local parties,” he said in a statement.

All the candidates are expected to formally woo nearly 450 voting Democratic National Committee members at four regional forums before the official election at the end of February.