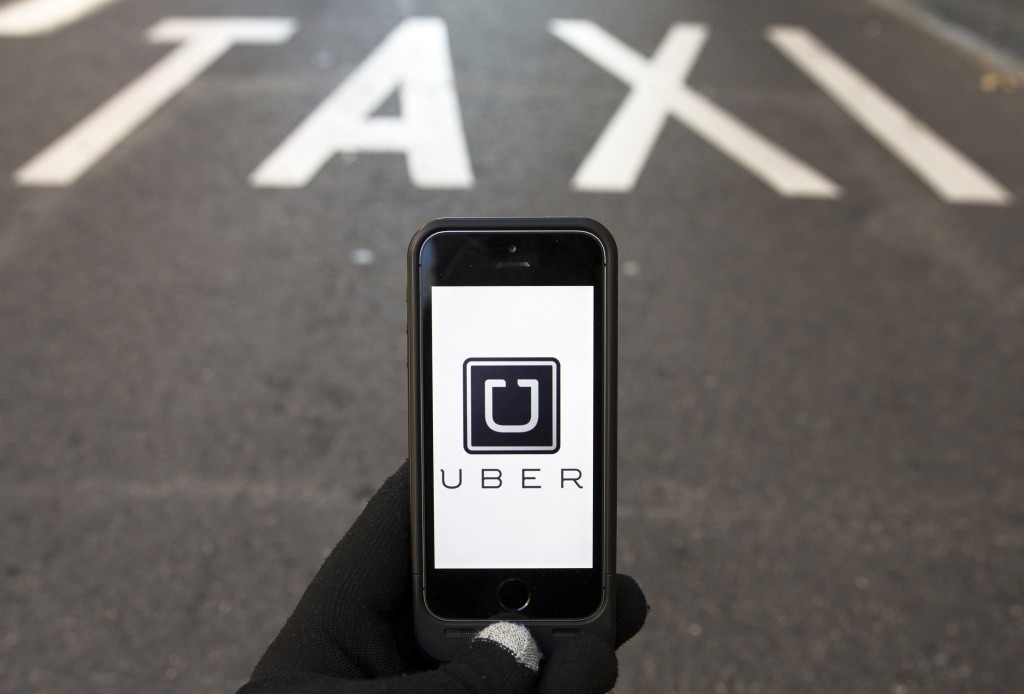 Uber launched its public pilot program in the morning. By midafternoon, the California Department of Motor Vehicles sent the company a letter saying the service was illegal because the cars did not have a permit the department requires for putting autonomous vehicles on public roads.

As of Wednesday night, the self-driving Volvo luxury SUVs — distinctive in look with sensors protruding from their top — were still plying San Francisco’s streets. The company did not respond to a request for comment about the state’s legal threat.

“If Uber does not confirm immediately that it will stop its launch and seek a testing permit, DMV will initiate legal action,” DMV Chief Counsel Brian Soublet wrote the company. He did not specify what that might entail but referenced the possibility of taking Uber to court.

Uber knew about the DMV’s permit requirement but argued that its cars do not meet the state’s definition of an “autonomous vehicle” because they need a person behind the wheel to monitor and intervene if needed.

Making the distinction on the definition of an autonomous vehicle is in line with Uber’s history of testing legal boundaries. Although the company has been around less than a decade, it has argued with authorities in California and around the world about how much of its drivers’ histories should be covered in background checks and whether those drivers should be treated as contractors ineligible for employee benefits.

The launch earlier in the day in the city where Uber is headquartered expanded a deployment of self-driving cars the company started in Pittsburgh in September. The testing lets people experience the cars as Uber works to identify glitches before expanding the technology’s use in San Francisco and elsewhere.

It deployed a “handful” of Volvos — the company wouldn’t release an exact number — that have been fitted with sensors so they can steer, accelerate and brake, and even decide to change lanes.

The cars have an Uber employee behind the wheel to take over should the technology fail. Users of the app may be matched with a self-driving car but can opt out if they prefer a human driver. Self-driven rides cost the same as ordinary ones.

Getting a permit for prototype testing is part of legal language negotiated between the state and industry, and DMV lawyer Soublet argued in an interview that the process helps maintain public confidence that the technology is safe.

“Don’t start doing this stuff. Apply for the permit. Follow the rules,” Soublet said of Uber.

Following the rules is exactly what Uber says it is doing.

The company argues that its cars aren’t covered by the permit requirement, which says an “autonomous vehicle” requires a permit if it can drive itself “without the active physical control or monitoring of a natural person.”

According to Anthony Levandowski, the leader of Uber’s self-driving program, Uber’s cars aren’t advanced enough to drive themselves without human monitoring.

“We’re just not capable of doing that yet,” he said. Therefore, he said, the Volvos are not autonomous and do not require a permit.

It makes no sense to follow rules that do not apply, Levandowski said. “This is where science and logic need to trump blind compliance.”

Operating without a permit arguably gives Uber a competitive advantage. Companies with one must report to the state all crashes and every instance in which a person takes control during testing. All that information is public.

To receive a permit, a company must show proof of insurance, pay a $150 fee and agree that a human driver can take control of the vehicle.

Uber’s fleet of Volvo XC90s aren’t the first self-driving cars on San Francisco streets — several other companies visit regularly with test prototypes, though none of them offer public rides.

Once testing is complete, the ultimate vision is to sell to the public technology that supporters argue will save thousands of lives because it doesn’t drink, use the phone, fall asleep or take dangerous risks.