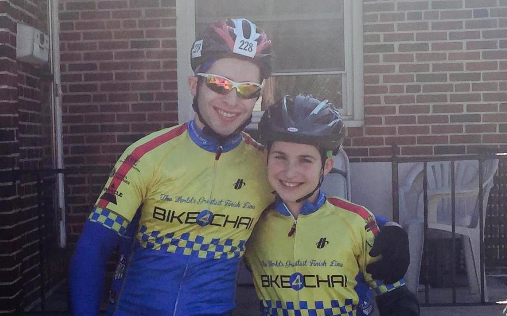 Grief and mourning struck the Jewish community of Baltimore Tuesday night with the petirah of Moshe Moskowitz, z”l, 13, who lost his life in a horrific car accident that left, ybl”c, his mother, Mrs. Tamara Moskowitz (Tamar Adina bas Kayna Shulamis) with severe injuries.

Moshe was an eighth-grader in Talmudical Academy (TA) in Baltimore, where his father, Rabbi Doniel Moskowitz, has served as a rebbi for many years. He was a particularly well-liked young man whose hasmadah, natural inclination to doing acts of chessed and beaming smile made him a role model to his peers.

“It’s absolutely devastating, everybody is very broken about it,” executive director of TA Rabbi Yaakov Cohen told Hamodia. “It’s been a very hard day for all of us here; we’ve lost one of our own, who is also the son of one of our most beloved rebbeim.”

The accident, which involved multiple vehicles, occurred on Route I-95 near Route 200, in the town of Laurel, Maryland, at about 9:00 p.m. Tuesday. Moshe was airlifted to Children’s Hospital where he was niftar shortly after his arrival.

Mrs. Moskowitz was transported to Medstar Hospital in Washington, D.C., where she remains in critical condition. Two people in another car sustained relatively minor injuries. Authorities closed the roadway for nearly five hours while investigating the scene.

Rabbi Yitzchok Dinovitzer was Moshe’s rebbi in TA this year. He told Hamodia that “Moshe was the top of the class in every way, a real masmid and a ben Torah, loved by everyone.”

“He was the one you could always rely on. Whenever I had to leave a substitute, I would tell them, ‘If you need to know anything, just ask Moshe Moskowitz,” he said choking back tears. “This morning I had some equipment that I had to unload from my car, and I was thinking to myself that I would ask Moshe to help me, and that’s when I got the call about what happened.”

On Wednesday, TA mobilized its own guidance counselors together with staff from Chai Lifeline Crisis Intervention team to help students cope with the loss. In an ironic twist, Moshe himself was the youngest rider in Chai Lifeline’s Bike4Chai campaign last summer to raise money for the organization’s work with children suffering from serious illnesses, R”l.

Rabbi Dinovitzer said that even as recess came, few boys in the Middle School could bring themselves to do anything besides sit and cry.

“When the boys sat down and saw his empty seat, nobody could move or say anything, they were frozen. I said a few words about what had happened and then told them, ‘If Moshe were here, he would say, “OK, let’s learn now.”’ I started the next Tosafos that we are up to and said, ‘This is what Moshe would want us to do now, so let’s do it for him.’”

The Baltimore community is still reeling from another loss — the petirah of Malka Bracha Goldstein, a”h, a young girl who passed away on Tuesday. In response to the tragic events and to daven for the refuah of Mrs. Moskowitz, the Vaad Harabbonim of Baltimore organized a Tehillim event at Congregation Bnai Jacob Shaarei Zion on Wednesday night.