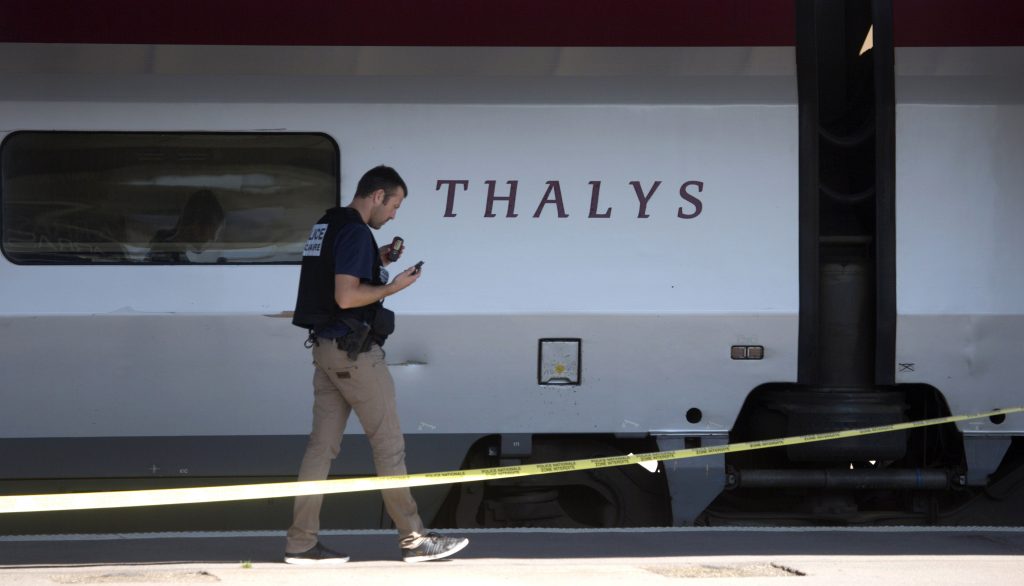 The main suspect in the case of a high-speed train attack thwarted by three Americans last year in northern France has asked to speak to counterterrorism judges in Paris.

His lawyer and the Paris prosecutor’s office confirmed that Ayoub El Khazzani will be questioned Wednesday afternoon.

El Khazzani, a 26-year-old Moroccan jailed outside Paris, has so far refused to answer judges’ questions. But, for the first time, “he is now ready to talk about everything,” lawyer Sarah Mauger-Poliak told The Associated Press before the hearing.

In August 2015, on a Paris-bound Thalys express train, El Khazzani allegedly tried to open fire with an assault rifle but was overpowered by a group of passengers, including three Americans who were then awarded the Legion of Honor, France’s highest decoration.