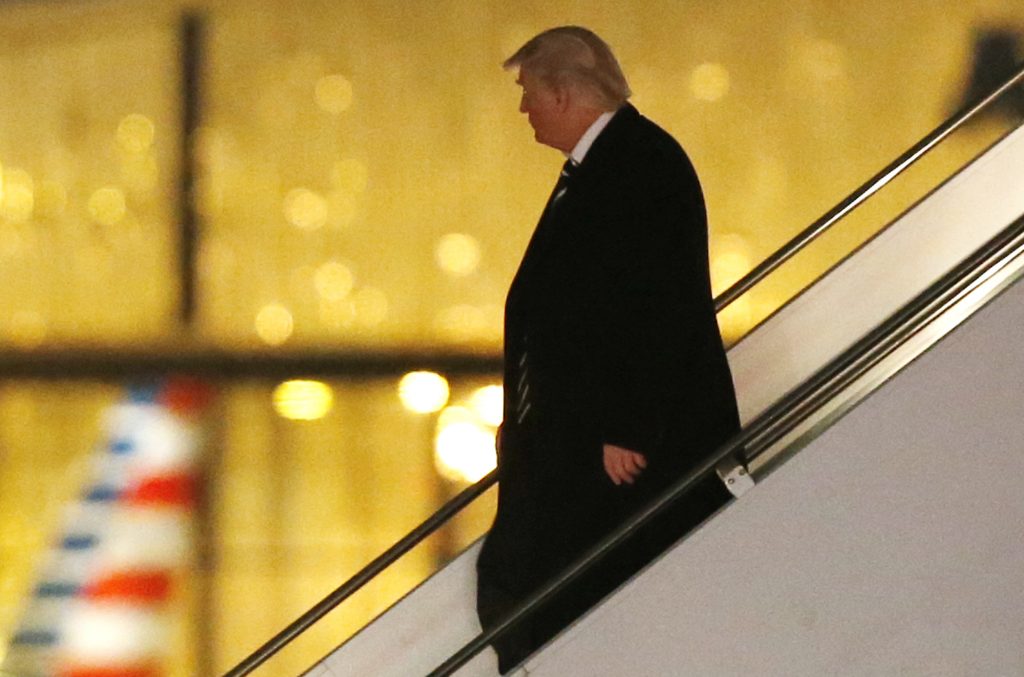 “I have never seen a president who has said, ‘I don’t want that stuff.’ Never seen it,” Panetta said at the Arab Strategy Forum in Dubai.

Trump told Fox News in an interview this week that he’s not interested in daily briefings unless developments merit his attention. Such briefings have been a fixture for U.S. presidents since John F. Kennedy.

“I’m, like, a smart person. I don’t have to be told the same thing in the same words every single day for the next eight years,” Trump said.

While Trump’s comments drew chuckles Wednesday, Panetta warned that responsibility for any attack forewarned by intelligence officials but ignored by Trump would “fall on the president.”

Trump appeared to be a lower priority for Emirati officials at the event, including Dubai’s ruler Sheikh Mohammed bin Rashid Al Maktoum. Emirati Minister of State for Foreign Affairs Anwar Gargash brought up Iran, a worry for Gulf Arab nations since the nuclear deal.

“Can we actually count on quote-unquote moderate forces really being able to be the decision-makers in Iran?” Gargash asked.

Panetta suggested a coalition “of moderate Arab countries, of Israel, of NATO,” to counter Iran. Asked later if Gulf Arab nations specifically agreed with including Israel despite years of enmity, Panetta did not directly answer.